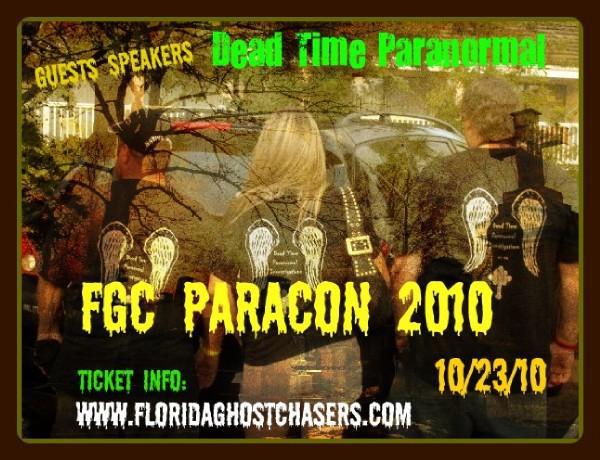 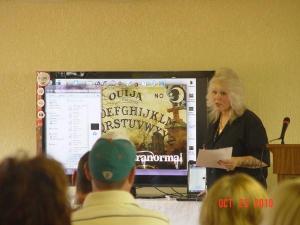 Before I became a true born again Christian, I was an avid “paranormal investigator”, and the founder of a “paranormal research team”. As part of the paranormal “research”, I had an excessive amount of paranormal equipment such as CCVT Stationary camera and monitor set, infrared digital cameras, audio recorders, EMF pump, EMF meters, IR temp meters, and ghost boxes, Ouija boards, etc. 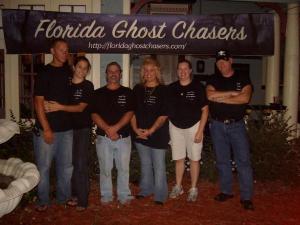 Along with the “investigative equipment”, I carried a small case that contained my “Protection” and House clearing supplies. In this case, I had items such as Sage, candles, rosary beads, holy water, salt, cards that had the “Michael the Archangel Protection Prayers” printed on them for my team members, and to give to “clients”.

These items are common items used by different religions, such as Wiccans, Pagans, Shamans, or even by some religions that guise under the umbrella of “Christianity”, for example, Catholic exorcists. By using items that were commonly used by several different types of “religions” techniques, I was practicing religious “Syncretism”. 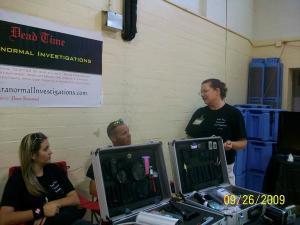 Syncretism, as defined by the American Heritage Dictionary, is “the reconciliation or fusion of differing systems of belief.” This is most evident in the areas of philosophy and religion, and usually results in a new teaching or belief system. Obviously, this cannot be reconciled to biblical Christianity. **(Which I would later find out the reason why, as it is because Jesus is truly the only way, and HE is the true deliverer).

As an ex-paranormal investigator, one of my main objectives while I was in the field of paranormal research, was to “ help others” that were being tormented by evil spirits, and often times, we were asked to “rid a home or place of negative energies”. Although I identified myself as a Christian (as I went to church often my whole life, but it did not reflect on the way I was living, hence my involvement in the occult). 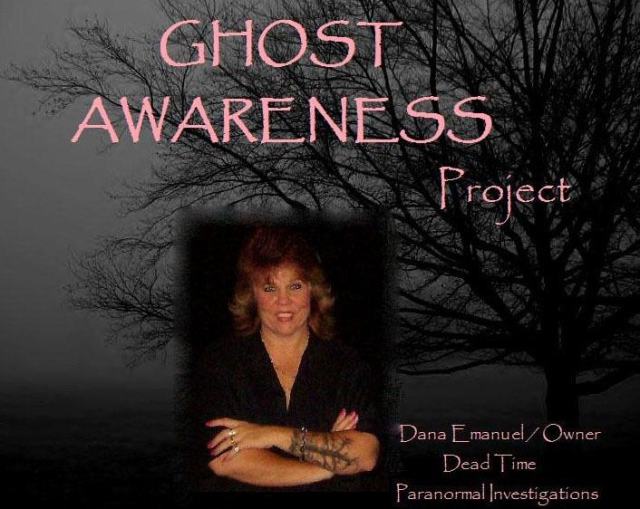 As part of my research, I was not looking in the Bible for answers on how to do spirit banishments/house clearings. I was seeking for the answers from other people in the paranormal community, and at the local bookstores. 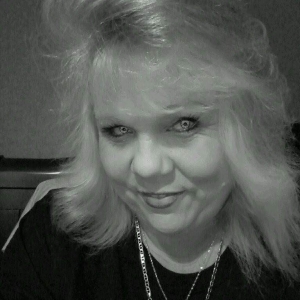 At these bookstores, I found many books on the subject of “ghosts” or paranormal activity. And almost always, I would find at least one chapter in those books dedicated to instructions on “how to cleanse a home of ghosts/demonic spirits/negative energies, etc.”

While no two books are exactly the same, they usually always pretty much gave very similar instructions of certain “techniques” accepted and used by the paranormal community.

They included techniques such as: burning sage, black candle banishments, placing salt in a house and/or outside at each corner around property lines, burning tourmaline, while some use items that are often “associated” with the Christian faith, such as rosary beads, holy water, prayers to Micheal the archangel, or placing bibles or crosses in rooms that are believed to have paranormal activity. Although these specific techniques were often “associated” with Christianity, they were not actually biblical.

I found that in all the cases we followed up on, where we used these items, the “spirits” (demons) would seem to leave, but we would often find out that the “clients” would report that the paranormal activity eventually returned. 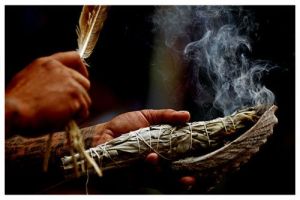 But why was this? This is something I would not find out the answer to, until the day of my deliverance, in Feb. 2011.

After I was in the occult (paranormal field ) for many years, it came a time where my home became a spiritual war zone. I had experienced paranormal activity in several homes we lived in through the years, but it finally came a time when these “spirits” that were, for the majority of the time, usually never threatening or negative, suddenly were very negative, threatening, and ultimately became even physical! 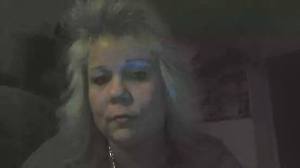 It was interesting though, that these spirits “became” negative around the same time that I started to figure out that the “ghostly spirits” we interacted with, were truly demonic spirits that were actually mimicking the dead. As this is actually what the Bible teaches.

The Bible teaches that when a person dies, they immediately go to either heaven or hell, depending on if they are a believer or nonbeliever, and that once a person is in heaven or hell, that it is not possible for them to come back to visit or to warn the living. (See Luke 1619-31 KJV) 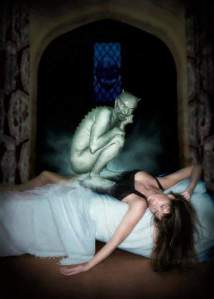 When these spirits become so negative and aggressive, I became desperate. They were not only tormenting me, but also they were tormenting a few of my family members! I tried all of the techniques I learned to use. But none worked! With my Christian background, I usually used items such as crosses, rosary beads, and I even had opened bibles in every room of our house. 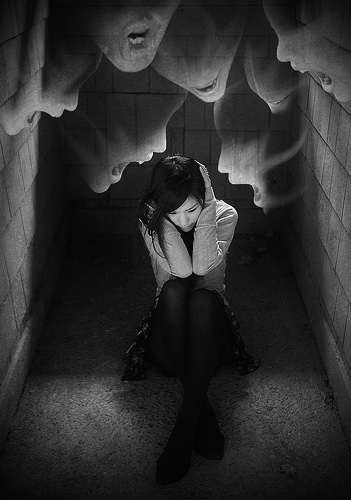 I hung rosary beads over every door and window, and every time one of us would get attacked, We would command the spirit to leave in the “name of Jesus”! Everything would stop, but these attacks would always return yet another night. I just could not get rid of it, no matter what I tried. I began to pray to God more, and seek him about it, as I was at a point of desperation. 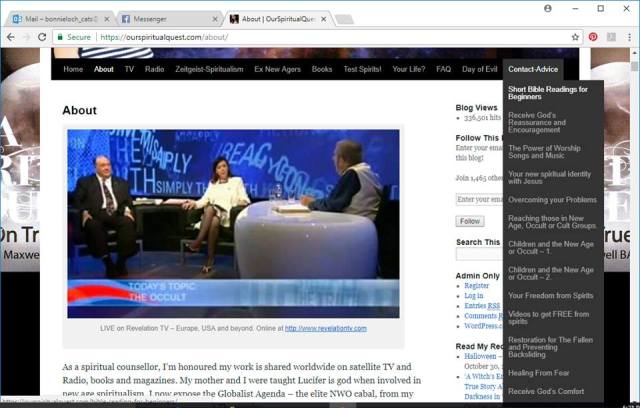 I started researching online more about true biblical deliverance, and listened to some deliverance ministers on internet radio talk about deliverance and casting demons out. I also watched testimonial videos of others that went through it. (Such as Laura Maxwell and others).

So, I decided that perhaps I should take my husband (as he suffered a lot of the attacks) to a church to try to see if they could help us.

We went to a local church. After the service was over, we walked down and talked to the assistant pastor, and I told him about the attacks. I explained to him that I was a “paranormal Investigator”, and that it was possible that I may have brought home an “attachment of a negative spirit”, from a previous investigation I did. 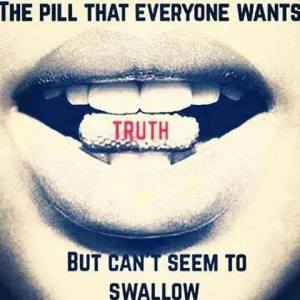 He told me immediately that I needed to stop my involvement in the occult. And I was not clear on what he meant as I did not think that my paranormal research was in anyway related to the occult. But it was because it involved divination, necromancy and the fact that when people die, their spirit is no longer here, earthbound.

He explained that I was actually engaging with demonic spirits. And he told me that by my involvement with the occult, that this was an open door and invitation for the demonic spirits to attack me and my household. 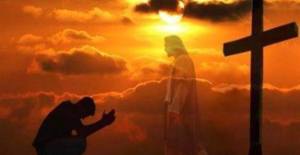 I asked him why he wanted him to take it off, and he explained to us that when you put your faith “In an object”, you are taking your faith “off Jesus”. He said that we need to have faith in Jesus, and in Jesus alone!!!

Suddenly it all made sense to me that this was why all of the other things I was using was not working and the reason why that when I did use the name of Jesus, the spirits would leave, but then they would always return. And they were there because of my involvement in the occult, and I was not a true “believer and follower”of Christ. 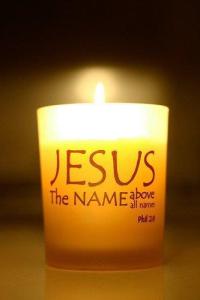 Jesus is The True Light of the world.

I made the decision that day, at that moment, to follow Christ, and to leave the occult, and after he prayed for us, I went home, got rid of all my paranormal equipment, and anything else I felt convicted of having in my home. We NEVER had anymore paranormal activity!

The Bibles that I had open in my house, had no power, as the only way it gives us power, is when we “apply it to our lives”!

There is only true safety in Christ and when we are obedient to him and his word. When we are disobedient to Him, we are leaving his umbrella of protection. He loves us and tries to warn us in his holy word, about the ramifications of sin, and what sin does to us. He tries to protect us with his loving guidance and warnings In his word.

I praise God for truly delivering and saving me that day! 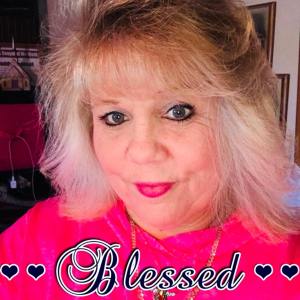 As a result of my experiences and deliverance, I learned a few valuable things.
I learned that you cannot use physical objects or means to fight a spiritual battle. And that there is only one authority in or under heaven that can crush spiritual darkness, and that is Jesus Christ! And we must be a believer in Him, and we must follow Him.

I also learned that the Bible is our only true source of information and is our final authority regarding spiritual ware fare and all other things that pertain to this life.

Thank you Laura ! I pray this helps others, just as your testimony helped me in 2011!

Laura Maxwell “I think it’s amazing how so many people who were in the occult, like Dana Emanuel, saw me on YouTube and now years later, we’ve connected through Facebook or my blog! I love how God does that!”

MORE ABOUT DANA EMANUEL BELOW THIS ADVERT!

Dana Emanuel very kindly gave a recommendation for my radio show on the below video advert!

~
Ex Paranormal Investigator, Dana Emanuel and Author/Exorcist Mark Hunnemann recommend the show. Laura and her co-worker Jason Carter share more details of the channel, founded by Stephen Merrick.
~
Episodes of the show are available on Laura’s YouTube channel at: https://www.youtube.com/watch?list=PL58Cz-lol5MdUXvJ00ozAN2s0gsQJOKfc&v=T-fw6_3oATw
~
To listen, visit http://tunein.com/radio/Eternal-Radio-s155805/ You can also hear Eternal Radio through your Smart TV and other ways.
~
MORE DETAILS: https://ourspiritualquest.com/lauras-show-on-eternal-radio/
~

Dana’s testimony on the Patrick Meechan radio program can be heard here:
http://www.blogtalkradio.com/kapowradioshow/2013/01/10/patrick-meechan-program-1 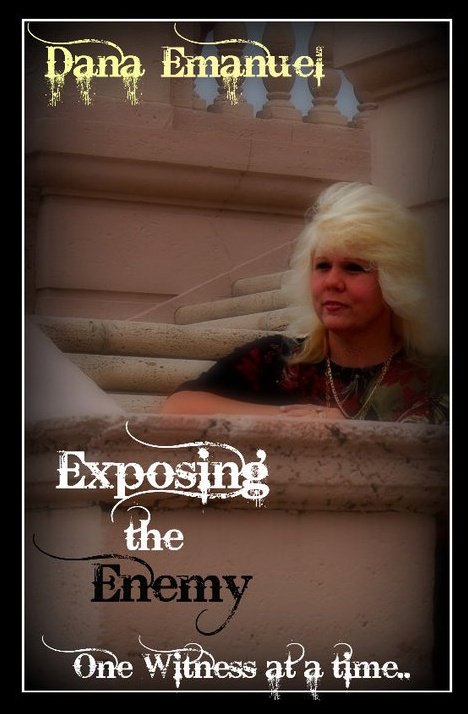