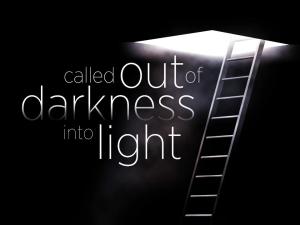 Does your friend say their home has friendly spirits, ghosts of the deceased or is even ‘haunted’? Please share this with them.

I get inundated with emails or questions on YouTube, Facebook, etc, about spirits or ‘Ghost Hunting’, especially every Sept’ to Nov,’ as Halloween always provokes such discussion. Today, I remembered an incident of 3 years ago, which sums up my experiences & opinions!

I was called to a house near Glasgow, that had noisey spirits in it for over 30 years, as the elderly mum & her daughter had held seances with many Mediums over the years. That day the spirits had thrown a man across the room and broke his nose! Sometimes these spirits appeared looking and talking as if they were ghosts or their ‘dead family’, other times those spirits could impersonate their family and people who were STILL alive!!!

People have even told me that ghosts have appeared and mimicked their own voice! Why would a spirit mimic your voice? Is it pretending to be your twin? No, they are masters of mimicry and deception.

The family that requested I visit them feared and hated the resident spirits. Especially when they appeared, pretending to be living relatives, as it confused them.

Often they thought it was indeed the family arriving for a visit, then they’d realize they’d been completely fooled! Isn’t it interesting that all the Psychics and Mediums they knew, had not actually discerned these spirits were liars? Why not? Clearly, all the Mediums were also deceived by not only these, but also their own spirits/Spirit Guides too. 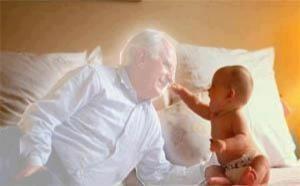 Whether impersonating the living or the dead, the spirits always upset their dogs, who would bark frantically and become terrified.

I asked the family, had they never questioned why the spirits would impersonate the living and be able to do it so accurately?

I also said, this implies they are equally able to impersonate the dead! Thus, it wasn’t their ‘dead family’ visiting but demons impersonating living and dead people.

Just as the Bible says, about demonic ‘familiar spirits,’ when it explains Spiritualism. They’d never thought of this and wanted help to be free. Mediums had kindly tried to send the spirits out of their home before, but had failed. 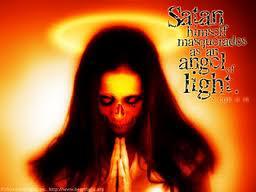 I explained, if these entities were truely good angels, spirits or dead people, then they won’t get upset or leave, if I rebuke them in Christ’s name. So I phoned my dear friend Michael Cummins, Deliverance Minister often seen on Revelation TV, and we prayed and commanded all evil spirits/demons to stop impersonating people & leave in Christ’s name.

The people in the room saw light enter the room and entire home. They also saw those evil masquerading demons leave out through the door!

That was the first night in many years that the family and their dogs slept peacefully, praise God! A year after that, she told me her house was still free of demons and full of peace, whilst before I went there to pray, they’d had spirit problems for 30+ years!

She is a Christian and now understands that she & her family had been deceived by it for decades. All because, they didn’t know that the Bible explains it all & advises us to ”test the spirits” & to challenge their true identity in Jesus Name. A genuine angel from God will stay, but if it’s an impersonating demon from satan, pretending to be an angel or dead person, etc, it will flee at Christ’s Name. Hallelujah! 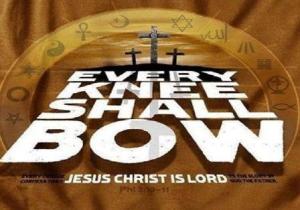 This includes the knee & tongue of every demon, on Judgment Day! No wonder they hate this verse

My good friend Vince McCann, EX Occultist, has similar accounts to share. Which you can view on his YouTube Channel ‘Shazoolo.’ I’ve heard such accounts many times like the ones Vince shares.

Here’s one. He heard of a family who attended a Medium, and a spirit appeared and spoke and behaved exactly like their cousin, so they had no reason to doubt it was a liar.

However, as they’d lost touch with the cousin they hadn’t heard he’d died. So later that day they phoned the family to say they were sorry to hear he had died, as he had just appeared to them from spirit world. Imagine their shock, when they were told the cousin was not dead! Again, this shows, if spirits can impersonate the living, and make the Mediums and clients believe it, then they are also capable of pretending to be ‘dead family’ too.

Peace I leave with you …

Often people’s first response is to say that maybe some spirits are mischevious impersonators, or demons, but they’re totally 100% convinced that the spirits they talk to are truly dead people or Spirit Guides. But where is the proof that your spirits are not master deceivers, unless you have literally tested them in the Name of Jesus Christ and commanded them to reveal their true identity!

Deception does indeed work, simply as you do believe it and don’t challenge it! Also, the Bible shows dead people stay in heaven or hell, and can’t return to earth anyway, it’s impossible. So even if your spirit visitor acts nicely and seems plausible, it’s not a dead human, it’s impossible.

Even Satanists and EX Satanists have told me that they know that Mediums are unaware they’re in touch with impersonating demons. The Satanists can have seances, see the spirits and know they are not truly dead people! The difference is, they choose to worship satan and take advice from demons, but sadly, Mediums are unaware this deception is happening to them. 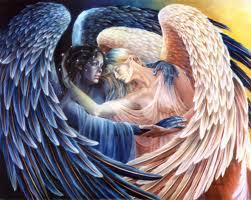 Challenge the spirits & Spirit Guides to reveal their True Identity.

Praise God, that people world wide do hear these truths and when they challenge their spirit visitors in Christ’s Name, their ‘masks’ fall off to reveal the true demonic entity underneath. People, including Mediums have told me they have done this after seeing my TV interviews or YouTube, and they then accepted Jesus as Saviour and renounced Spiritism. Hallelujah, thank You Jesus!

For more on this topic, and true stories of countless others who have experienced this too, please see pages listed in the top menu bar of this website entitled ‘EX Occultists,’ and especially ‘Test The Spirits!’ The latter outlines how to test the true identity of spirits – these alleged ‘dead relatives,’ ‘Spirit Guides,’ ‘Aliens,’ Ascended Masters, Fairies, or any Angels, etc. 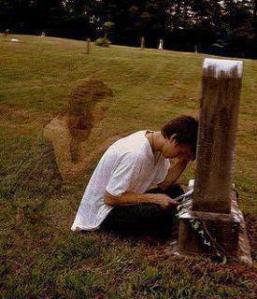 Demon impersonating a loved one

2 Corinthians 11:14-15. ‘And no wonder, for Satan himself masquerades as an angel of light. It is not surprising, then, if his servants masquerade as servants of righteousness. Their end will be what their actions deserve.’

A full explanation of the above and practical advice on how to test and challenge every entity that appears to you, is given in that section.

Speaker | Author | Radio Host. (Ex New Age Spiritualist). From her inside knowledge and experience as an ex new age spiritualist, Laura shares the truth and dangers of New Age, Witchcraft and the Occult, plus their Luciferian, Lucis Trust and UN links to the New World Order's global spiritual agenda. Laura graduated from Strathclyde University with a BA Honors degree in Psychology. She is the founder of international ministry A Spiritual Quest, based in Scotland. For her TV and radio shows, blog, publications, etc, see http://OurSpiritualQuest.com
View all posts by Laura Maxwell →
This entry was posted in Challenge & Test The Spirits!, Spirits & Ghosts and tagged Challenge Spirits, Counterfeit, Deception, deliverance minister, Ghosts, Halloween, Impersonators, Medium, Psychic, Revelation TV, Spirits, Spiritualism, Testimony, Testing Spirits, YouTube. Bookmark the permalink.