Norio F.Hayakawa was a guest on the Coast to Coast radio show with George Noory. He has researched the UFO phenomenon since around 1961. He is one of the original Team Members of the world’s largest reality-based online resource on Area 51. In 1990 he organized a network called the Civilian Intelligence Network and began to conduct a thorough research on Area 51 in Nevada.

Norio very kindly gave me permission to share a few of his articles here.

The New Message from God, a new religious movement from the United States, originates from the teachings and pronouncements of Marshall Vian Summers, who is called “The Messenger.”

Summers and his adherents represent that he is a prophet on the order of the Buddha, Jesus, and Muhammad, in receipt of a revelation over a period of 30 years which he has recorded on tape and which, transcribed, approaches ten thousand pages.

Key components of this ‘revelation’, attributed to ‘divine sources’, include warnings of an incursion upon Earth called the Intervention, and pronouncements about the future involving global upheaval and interaction between the human race and extraterrestrials which, Summers claims, are from “The Greater Community.”

The New Message Sanctuary in Boulder, Colorado, USA, a gathering place for The Society, broadcasts services via the Internet and since 2012 has presented its materials on line as part of a free school claiming 2,352 participants from 104 nations. 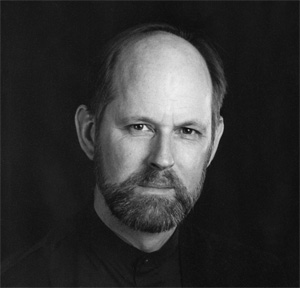 ANOTHER UFO RELIGIOUS CULT EXPOSED – – WHO IS MARSHALL VIAN SUMMERS?

Marshall Vian Summers has been claiming to be a prophet of some god who sends him messages via what he calls “the Angelic Presence.”

He says he’s been a prophet since 1982 and has written down more than 9,000 pages of the usual spiritual pabulum, updated to fit the times with messages about saving the planet from ecological disaster and invasions of evil aliens in UFOs.

“A Greater Darkness is in the world. It is unlike anything that humanity has ever faced before. Contact has begun, but it is Contact with a dark purpose. In addition, we are facing converging waves of great change—climate change, environmental deterioration, diminishing food and energy resources and the growing threat of conflict and war.

My message has come from the Angels of the Creator who are urgently attempting to enable humanity to recognize this and to prepare for encountering these new realities with wisdom and sobriety. These are the greatest events in human history, but humanity is unprepared.”

It seems humanity is always unprepared for what lies ahead, yet it also seems that a good portion of humanity is always prepared to open their hearts and pocketbooks to prophets of doom who claim a connection with something “great and mysterious.”

Such messages seem to resonate with people who aren’t comfortable in this world, which they find overrun with evil and lacking in compassion. We better change our ways or we’re doomed. If we change our ways, though, we will be part of great New Age:

“The New Message from God is a genuine communication from the Creator that has come at a time of great change, conflict and upheaval. Received over a 30-year period by the Messenger Marshall Vian Summers, this revelation is not based upon any existing religious tradition or spiritual teaching. The New Message honors the enduring truth in all the great Messages that the Creator has ever given to the world yet it is unlike anything that has been revealed to humanity before. It is a new revelation about the real nature of human spirituality, the great change that is coming to the world and humanity’s future and destiny within a Greater Community of intelligent life in the universe.”

Wouldn’t you like to be part of this Greater Community? Remember, this is a “genuine” revelation.

How do we know that it’s genuine?

Summers says he knows it because he has no doubts.

*** PLEASE SEE Laura Maxwell‘s COMMENT ON TESTING THE VALIDITY OF SUCH REVELATION AT THE FOOT OF THIS ARTICLE! ***

… He has no doubts. That might be good enough for him, but shouldn’t the rest of us be given some sort of sign that he’s not just making up this stuff?

Others, he says, will know it’s genuine if they just read the messages; they will recognize “the Knowledge” and “know that I am being genuine with you.”

What if we won’t bother to read the messages because we’re pretty confident that Summers is either an outright spiritual fraud or another in a long line of deluded people claiming to get messages from beyond?

What if we do read the 9,000 pages and come away convinced that Summers is deranged and just passing on his fantasies mixed in with messages religious people like to hear, especially religious people with deep concerns about UFOs and government conspiracies to keep us in the dark?

I guess those of us who are skeptical of Summers’s claim that he is a messenger from some god are doomed.

Maybe the evil aliens will take us up in some sort of negative rapture or whirlwind.

Who knows? But we can be sure we will not be invited to be part of the Greater Community and its bounty of intelligence, wisdom, joy, and all things great and good.

I have been unable to find out anything of interest about Summers’s life before he started claiming he was a prophet.

One source, Bret Lueder, has posted an undated interview he did with Summers.

The only bit of personal biography revealed, though, is that Summers was born on January 28th, 1949; was raised as an Episcopalian in Berkeley, California; and later moved to Colorado.

He says he was just living his life as a spiritual teacher in California as a pioneer of Inner Guidance Training, making music recordings and being a loving husband and father when he was contacted by what he calls the Angelic Presence.

He says that he has since moved to Colorado and has written 20 books from this presence with his first book, Steps to Knowledge, being given to him for transcription over a 12-day period in December of ’89.

The Inner Guidance Training referred to was trademarked by Summers in 1990 and described as some sort of educational service that provides “spiritual instruction and text and manuals used therewith.”

The rest of the interview is about The Way of Knowledge (“ancient spiritual teaching that focuses on the greater intelligence that we all possess that resides beneath our analytical and thinking minds”) and his book about UFOs and aliens, good and bad.

I couldn’t think of a better description for this “greater intelligence” than that it lurks beneath our thinking minds. The good aliens are described in the title of his book: Allies of Humanity. The bottom line?

There is an unquestioned belief that the aliens are enlightened beings; that they are here to help us, enhance our genetic makeup, to uplift us, to somehow shepherd us to some kind of higher state. But the Allies say very clearly that this is the deception.

Is Summers a fraud or deluded?

Personally, I lean toward the latter, given the years that he has zealously devoted to writing these messages and spreading his words.

What about the possibility that he is genuinely getting messages from some god via some sort of angelic presence?

Well, the likelihood that there are any gods or angels is negligible, despite the almost universal superstition regarding spirits and invisible beings, both good and evil.

Will some people find comfort and solace in the messages of Summers?

Of course. Some may even find them to be inspiring.

Does that mean they were genuine? No. Is the Society for the New Message from God, founded by Summers in 1992, a cult?

I don’t know, but one sure sign those considering joining Summers should look for is this: are you being encouraged to separate yourself from your family and friends who don’t accept the authenticity of the prophet?

If you are, run for the exit.

Whatever comfort you are given by the charisma, joy, love, caring, and seeming wisdom of Summers or others trying to recruit you, it will not last, it is not genuine, and you will eventually regret the day you gave your mind over to a charlatan.

In any case, I’d be wary of someone who says that everything happens according to some god’s will, but many people aren’t living according to the plan; so, the god chose me to reveal to the people how to get back on track.

Frankly, the revelation shouldn’t be necessary if everything happens according to the god’s will.

I’d also wonder why any god would pick an Episcopalian from Berkeley to be the New Messenger.

Did the god pick him at random? Was the choice meant to reveal the god’s sense of humor? Do we have to read his messages in reverse to get the real “truth”? Is there a hidden code in the messages that only special people can figure out? In the end, I’m left bewildered and somewhat saddened by contemplating what kind of void Mr. Summers must fill to have followers around the globe.

For your viewing edification: Patricia Summers on Walking With the Messenger (She tells us her husband is “stable” and “sane.” I’m not so sure about her, though.):

You may be convinced such ‘communication’ is genuinely from aliens or light-based entities but how can you be certain such beings are benevolent? Please see my numerous blog articles of true stories where people Tested the Spirits in Jesus Name to reveal their true evil identity.

Please, don’t just assume they are telling you the truth! Please also see Spirits impersonate the LIVING too or my TV and radio interviews where myself and others elaborate on this in greater detail.

Plus eye opening accounts by ex-contactees in my links light-workers-lied-to-by-ashtar-and-other-entities-channeled-via-stargates-etc/ and Channellers Report Being LIED TO by Pleiadians, Intergalactic Federation of Light, Council of Elohim,etc