“..amongst the tragedies in all of this, it is (mainly) secular voices which are sounding the alarm.
In stark contrast, the vast majority of Christian leaders – both in denominations and organisations – are unaware, complacent or eerily silent regarding these moves towards global government and totalitarian control.
There are other believers, mainly in the West, who dismiss any concerns regarding the looming oppression by suggesting that Christians will be snatched away before any serious trouble will come.
Let’s hope they are right – but let us also be prepared if they are wrong.” 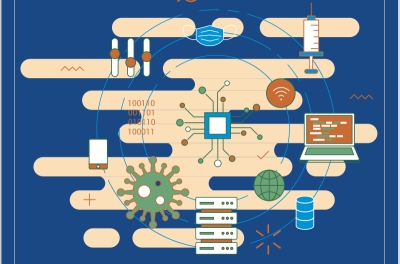 A sinister proposal for world governance.

On January 30, 2020, the World Health Organisation (WHO) declared a Public Health Emergency of International Concern and, by March 11, avowed it to be a global pandemic. Countries around the world were urged by the WHO to adopt strict social distancing and quarantine measures to avoid virus spread and to protect public health.

Reports from the mainstream media (MSM) generated massive levels of fear amongst populations all around the globe while initially we were led to believe that there was no effective treatment. Any emerging counter-narratives were effectively censored by both the MSM and the big-tech social media networks, including YouTube and Facebook; while the increasing number of doctors and medical scientists who were expressing grave concerns about the response to the pandemic were ‘cancelled’ and had their reputations attacked and trashed.

Towards the end of the year a number of pharmaceutical companies including Pfizer, German partner BioNTech, Moderna and AstraZeneca announced that they had filed for ‘Emergency Use Authorisation’ of vaccines which, in line with the prevailing narrative, had been developed at warp speed. (In fact, the mRNA technology has been around since 1960 and was more recently employed during the Ebola crisis.)

Governments around the world then embarked on programmes to vaccinate their populations with products which were ‘authorised but not licensed’. This scenario absolved the pharmaceutical companies from any liability for adverse reactions to what was and is, a novel and untried experiment using gene therapy; and, worse still, conducted on a worldwide scale.

All countries who would sign up to this proposed treaty would effectively sacrifice sovereignty over their own national affairs and the people they represent.

While most of the population reported no apparent major adverse effects from the vaccinations, a significant minority did. As more and more evidence emerged regarding the seriousness and range of these, hundreds of doctors and scientists from all corners of the globe demanded “the immediate withdrawal of all experimental gene-based COVID-19 vaccines”. They also strongly oppose the notion of mandated vaccination as a violation of both the Hippocratic Oath to ‘Do no harm’ and of the ethical principle of bodily integrity.1

By May 2021, the 74th World Health Assembly requested the Director-General to “convene a special session” dedicated solely to developing a WHO convention on ‘Pandemic Preparedness’.

And by September 2021, The World Health Organization had “released a proposal backed by two major globalist organizations” which serves as a blueprint for governments to implement a worldwide vaccine passport verification system.

The 82-page document, entitled ‘Digital Documentation of COVID-19 Certificates: Vaccination Status’, financed by none other than the Bill & Melinda Gates and the Rockefeller Foundations, describes the technical guidance for governments to roll out the programme to usher in a global digital ID.

One vital feature of the above 2020/21 pandemic scenario was the fact that each national government notionally had the ability to decide for itself on courses of action. In the event, however, nearly every country slavishly submitted to a prescribed medical response by the WHO, which has now been proven to be based utterly on lies, skewed science, and the active generation of fear alongside the ruthless suppression of remedies and truth. Notwithstanding, individual governments still had the power to decide on how to respond: at present they still do.

Yet in January 2022 the WHO held an emergency meeting in Geneva on expanding its powers to take over all member states in the event of a future pandemic.

Yet in January 2022 the WHO held an emergency meeting in Geneva on expanding its powers to take over all member states in the event of a future pandemic. This unaccountable body, funded to the tune of over $200m in 2018 by the Bill and Melinda Gates Foundation, now wants member states to sign a new treaty to deal with future pandemics and during “any other form of threat or disaster”. (189 countries have signed the current 2005 treaty.) If once signed by the Ministers of Health, the WHO Constitution would then take precedence over a country’s constitution during natural disasters or pandemics.

However, the agreement doesn’t stop with pandemics. The intergovernmental negotiating also is instructed to address “the unsustainable food production and livestock breeding, wildlife trading, resource-intensive lifestyles and consumption, destruction of ecosystems, antimicrobial resistance and soaring figures of cancer” along with a range of other issues.

The emerging threat of global tyranny

All countries who would sign up to this proposed treaty would effectively sacrifice sovereignty over their own national affairs and the people they represent. President Lincoln in his Gettysburg Address posited that “government of the people, by the people and for the people shall not perish from the earth”. That assurance regarding the longevity of the democratic principle is – 160 years later – under the gravest of threats. For a democracy to function it is essential that a government respects the people and takes them seriously; not only those that have voted for that government, but all the people.

But amongst the tragedies in all of this, it is (mainly) secular voices which are sounding the alarm. In stark contrast the vast majority of Christian leaders – both in denominations and organisations – are unaware, complacent or eerily silent regarding these moves towards global government and totalitarian control. There are other believers, mainly in the West, who dismiss any concerns regarding the looming oppression by suggesting that Christians will be snatched away before any serious trouble will come. Let’s hope they are right – but let us also be prepared if they are wrong.

If there is good news in the immediacy of all of this, it is the historical fact that the Christian church has grown most dynamically under fierce oppression. Chinese-American Professor Yang Fenggang reckons that on current trends there will be 250m Christians in China by around 2030 – making China’s Christian population the largest in the world. However, the explosive growth only started after the church was massively whittled down under persecution. After all Jesus did say that the “love of the many (majority) would grow cold” (Matt 24:12) and that “many will fall away” (Matt 24:10), with the story of Gideon’s army pre-figuring that syndrome (Judges 7).

World crises – current and emerging – are creating masses of people looking for answers and understanding.

World crises – current and emerging – are creating masses of people looking for answers and understanding. Massive numbers of those who may previously have given little space for God in their lives are now hungry to know what His Word says. In the midst of the current tragedy in Ukraine brings a report from the American Bible Society stating: “We’ve been receiving an unprecedented number of requests from Ukrainian churches begging for Scriptures.”

Additionally, a documentary film – shortly to be released – will carry perspectives on all that we are seeing; but it will conclude with a solid message of hope. It is entitled ‘The Greatest Reset’ which of course speaks of the glorious promise of the soon return of the Lord Jesus Christ. It is the hope and prayer of the American producers that the film will reach audiences all around the world; and speak to the lost multitudes of the ultimate hope for our troubled world.

For Jesus is indeed the one true hope for our world. Maranatha: Come Lord Jesus.

By Colin Wilson of https://www.christianstogether.net/ based in The Highlands of Scotland.

“At last a very good article outlining the facts which were not allowed to be voiced in the msm and anyone doing so quickly shut down and discredited. It has been sad to see many in our churches, and particularly those in leadership, completely unaware of the deception happening right in front of their eyes and who have been quick to label those who warn of this as ‘conspiracy theorists.’ Perhaps the truth is many do not spend enough time reading and studying the word of God and instead rely upon who is in the pulpit. If they did so then perhaps they would then recognise the voice of the true Shepherd. One of the best presentations I have seen throughout the last two years is this one from Regent University hosted by Michelle Bachmann and any sceptics out there I would encourage to watch. Be warned of the United Nations, The World Economic Forum, The Word Council of Churches, Cultural Marxism and The Vatican.”

“Many thanks for this informed and balanced article which I think sums up my own understanding as a virologist and biochemist and with some understanding of how the mRNA so called “vaccines” work and the dangers they bring to bodily physiology. Not one of the jabs would have ever passed the test for use without emergency legislation, especially as other antivirals, with a proven history of efficacy to either protect or limit extent of infection, were available. Censorship of highly qualified doctors who could have enabled the public to make an informed choice immediately should raise a red flag of concern. I am 74 years old and believe I am “fearfully and wonderfully made” and have been given an amazing immune system by our Creator God Yahweh. I concentrate on making that (immune system) strong and aseptic techniques I gained in the laboratory working with pathogenic viruses and Spirochaetes.
I have not taken one test for Covid or had this virus or even a cold for over 9 years.
The true definition of a vaccine was (until recently changed) a modified, attenuated version of the original which was more transmissible but less virulent but produces an immune response which will protect against the more virulent form. I recently heard Bill Gates refer to “Omicron ” in this way and admit it had done a better job than the vaccine he sponsored (and made billions from) where any immunity is very short lived . Even in Austria they were considering those who had been jabbed more than 6 months ago as “(unvaccinated)” whereas an actual infection with a milder version gives life long immunity. Sabin’s Polio and the smallpox vaccine are examples of this.”