What Are Familiar Spirits? By Ex-Paranormal Investigator Dana Emanuel.

What Are Familiar Spirits?

Familiar spirits are demonic spirits, that respond to those that attempt to communicate with the dead, spirit guides, angels, aliens, or false gods. They mimick those that the sorcerer/necromancer/medium tries to “call up”. These spirits are closely linked to an individual, by either a person, place, or thing. 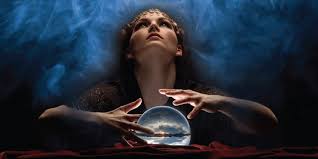 The most “common” way known, that a familiar spirit communicates with people, is through mediums.

What is a medium? The word medium — from the Latin adjective medius, “middle” — has several meanings that all center on the idea of being in between. 1.Medium means something that lies between two other points, people, or levels. 2. A person who transmits messages from the dead. (Familiar spirits)

Familiar spirits are not who they claim to be

These spirits are demonic spirits, that masquerade as our dead loved ones, spirit guides, aliens, angels, or false gods. They manifest in the form of whatever type of spirit that the person is seeking to communicate with. The most common type of spirit that people usually attempt communication with, is the spirit of a deceased loved one. 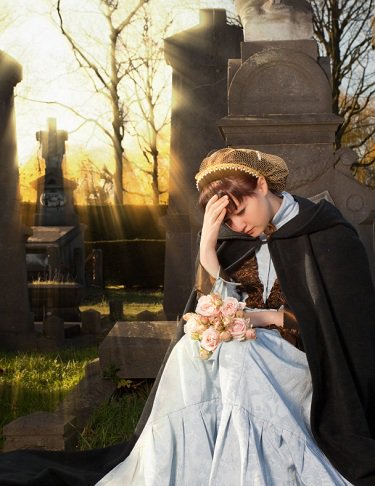 The reason for this is our natural emotions of grief and despair that we feel when we lose someone close to us, that we love. The enemy takes advantage of our grief. He does not play fair, and he is more cruel than many give him credit to be.

*The bible tells us that Satan transforms himself as an angel of light.. 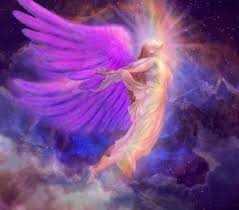 “Familiar Spirits” in Light of the Holy Scriptures

[7] Then said Saul unto his servants, Seek me a woman that hath a familiar spirit, that I may go to her, and enquire of her. And his servants said to him, Behold, there is a woman that hath a familiar spirit at Endor. [8] And Saul disguised himself, and put on other raiment, and he went, and two men with him, and they came to the woman by night: and he said, I pray thee, divine unto me by the familiar spirit, and bring me him up, whom I shall name unto thee. [9] And the woman said unto him, Behold, thou knowest what Saul hath done, how he hath cut off those tthat have familiar spirits, and the wizards, out of the land: wherefore then layest thou a snare for my life, to cause me to die? [10] And Saul sware to her by the Lord , saying, As the Lord liveth, there shall no punishment happen to thee for this thing. [11] Then said the woman, Whom shall I bring up unto thee? And he said, Bring me up Samuel. [12] And when the woman saw Samuel, she cried with a loud voice: and the woman spake to Saul, saying, Why hast thou deceived me? for thou art Saul. [13] And the king said unto her, Be not afraid: for what sawest thou? And the woman said unto Saul, I saw gods ascending out of the earth. [14] And he said unto her, What form is he of? And she said, An old man cometh up; and he is covered with a mantle. And Saul perceived that it was Samuel, and he stooped with his face to the ground, and bowed himself. [15] And Samuel said to Saul, Why hast thou disquieted me, to bring me up? And Saul answered, I am sore distressed; for the Philistines make war against me, and God is departed from me, and answereth me no more, neither by prophets, nor by dreams: therefore I have called thee, that thou mayest make known unto me what I shall do.

Familiar Spirit, or the Departed Spirit of Samuel?

Among many other controversial topics in the Bible, the incident that took place in 1 Samuel is one of the most controversial, especially within the “paranormal community”. Many scholars have debated on this issue, as to whether Samuel himself was actually called up by the medium, or if it was a “familiar spirit”, masquerading as the departed spirit of Samuel. In order for us to know the truth, we must look at scripture and divide the word rightly. After dividing the word rightly, and carefully looking this incident, as it is written, and comparing it with the whole counsel of the Bible, I, and many others, have come to the conclusion that this was actually a familiar spirit, masqueradeing as the departed spirit of Samuel.

This is what led me to this conclusion:

1. Verse 14 says: And Saul perceived that it was Samuel, and he stooped with his face to the ground..

*When we look at the word “perceive”, it means:

Perceive: “to identify by means of our senses.”

*The medium seen “gods” ascending out of the earth..

*This point is very important, as it is actually the very answer to our question, right under our nose. If it had been a snake it would have jumped up and bit me!

4, Dividing the word, with other scriptures:

1 Chronicles 10:13-14 KJV
[13] So Saul died for his transgression which he committed against the Lord , even against the word of the Lord , which he kept not, and also for asking counsel of one that had a familiar spirit, to enquire of it ; [14] And enquired not of the Lord : therefore he slew him, and turned the kingdom unto David the son of Jesse.

*Saul was actually enquiring of the familiar spirit, not Samuel himself.

5. In Luke 16:19-31, The story of the rich man, and Lazarus, the beggar makes a few things clear, which show the impossibility that Samuel himself could have possibly came back from heaven to talk to Saul. It shows that when saved people die, they are immediately carried to heaven by an angel, and the wicked lift their eyes up, being in torment, in hell. It also says that their is a great gulf “fixed”, which makes it impossible for someone to leave heaven or hell to talk to the living.

Demonic spirits have been here for thousands of years,

They have been around us and our families, all of our lives, for generations, knowing everything we do, or say, at all times.

When a person tries to communicate with the spirit of a  “departed loved one”, via medium, EVP analysis, ouija boards, downing rods, pendulums, etc., the Familiar spirit will then respond, giving answers that are very personal, and only known by the “spirit” they are attempting to contact.

This “tactic” of the enemy, is the # 1 reason we have so many people in society that believie in “earthbound spirits of our departed loved ones”. These spirits are so  convincing, that in most cases, it is impossible to deny that there is indeed “some kind of spirits” out there, that is attempting contact with us, that have personal knowledge of us and our dead loved ones. 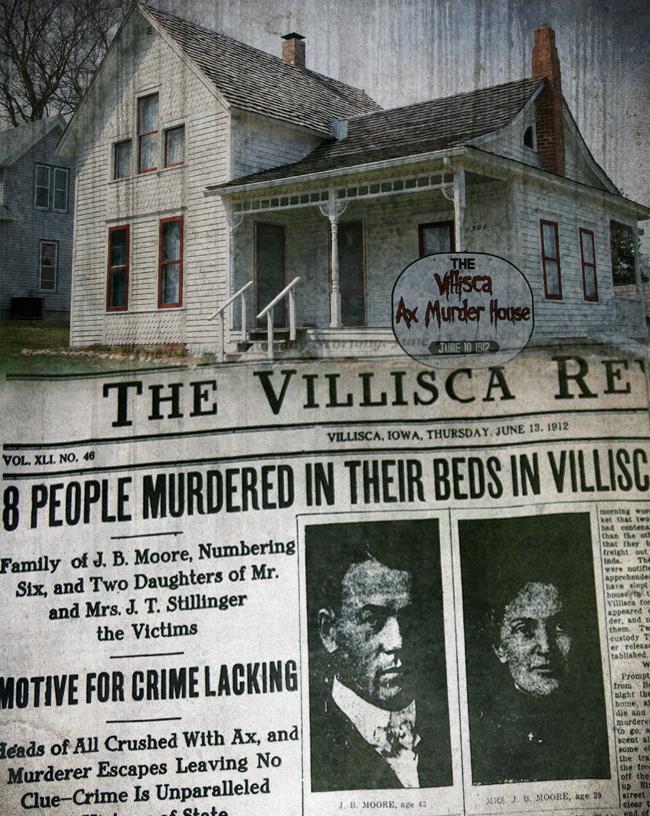 It could also be places such as ancient Indian burial grounds, old war fields, or other places where people were killed or died. 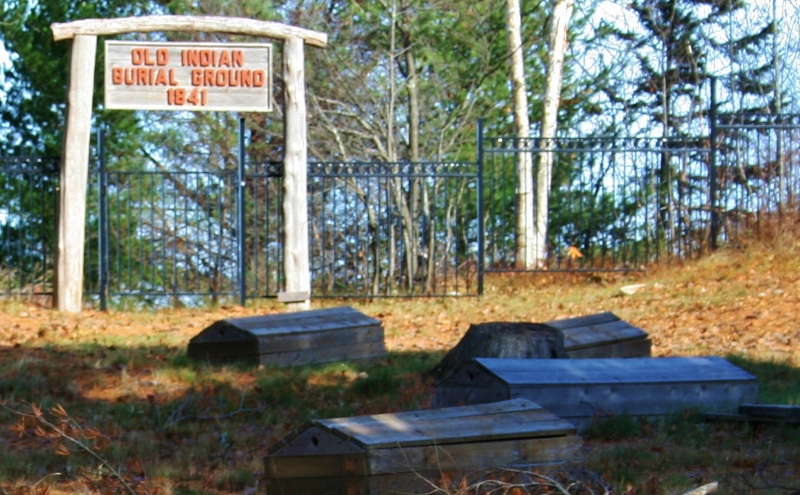 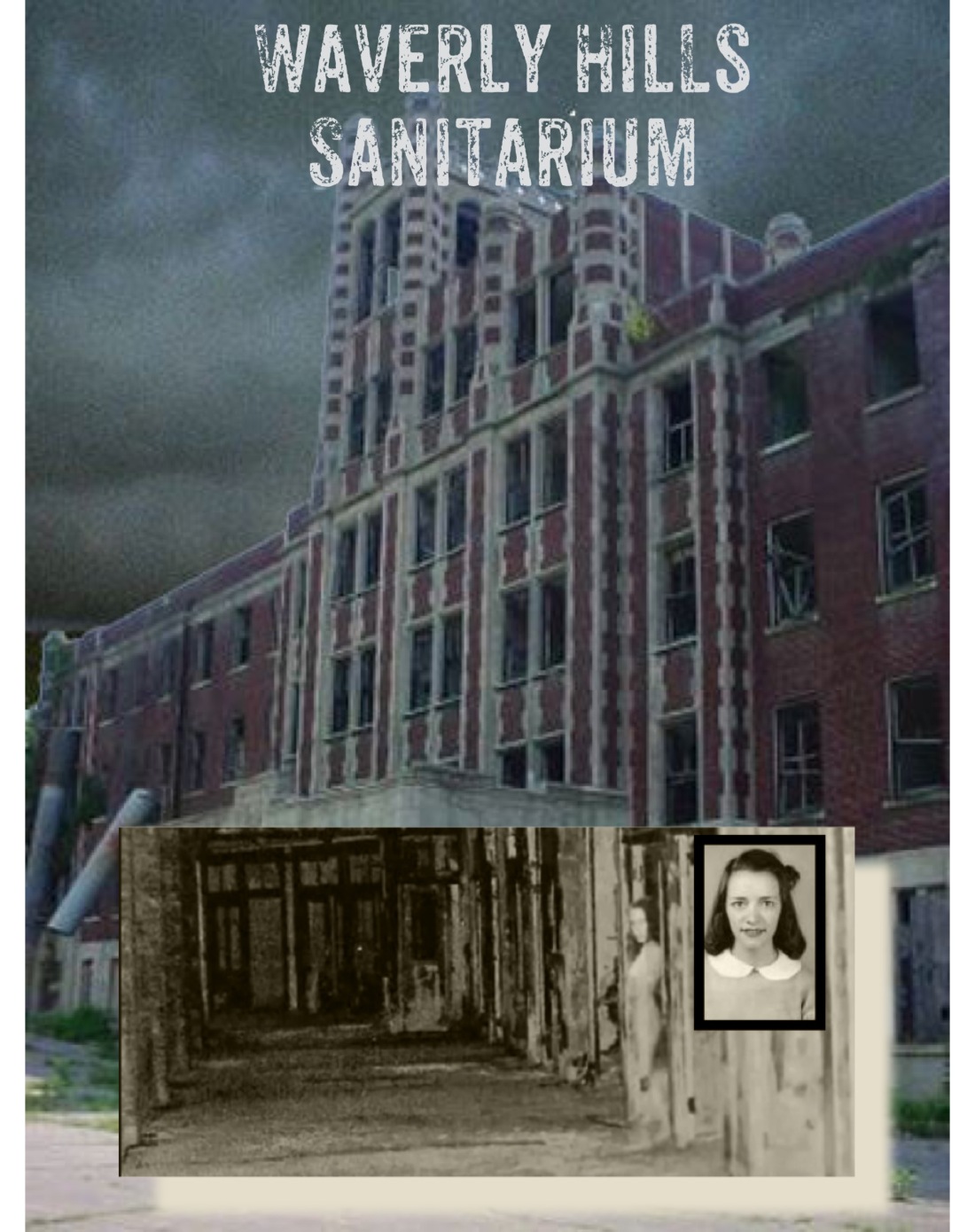 Waverly Hills Sanatarium, which many people believe is one of the most “haunted places” on earth. While the building is now primarily a tourist attraction for those fascinated by the paranormal, it used to be a functioning tuberculosis hospital. In 1910, when the hospital was established, this meant a place where between 8,000 and 63,000 people died bloody, excruciating deaths, as there would be no real cure for tuberculosis until streptomycin was invented in 1943. Waverly Hills was also the site of at least two suicides, which strangely enough took place in the same room. With all of that suffering, it’s not surprising that rumors of  ghostly apparitions, paranormal activity, and more have cropped up.

How these spirits usually work

Just as with any other sin, the enemy will try to “tempt us”. They will try to lure us into occult practices. Usually, soon after someone dies, a familiar spirit will attempt to make “contact” with us. They will try to make thier presence known. These attempts can range from the sound of footsteps, or things being moved on it’s own, disembodied voices, physical manifestations that can be seen, such as the form of dark shadow figures, orbs, or full bodied apparitions. It could also be strong smells of things that you would associate with a particular person, such as cigarette/cigar smoke, or perfume. It can also have bad smells, that smell like sulfur, rotten eggs, etc. The problem comes in when people do not “test the spirits”. Is this concept in line with scripture? When these spirits attempt to contact us, or make thier presence known, we need to rebuke it in Jesus name! When this is done, these spirits always flee!

If you or someone you know, is suffering from a haunting

After the spirit flees, as described above, if it returns, you must evaluate the situation. Usually, when there is any type of “haunting”, the familiar spirit has some kind of “legal right” to be there. Something must be contributing to an open door to the demonic. Are you, or someone in your household/family involved with any occult practices?

What are occult practices?

Deuteronomy 18 contains the most powerful biblical passage, outlining the occult. In verses 10 and 11, we find practices of the occult:

Deuteronomy 18:10-11 When thou art come into the land which the LORD thy God giveth thee, thou shalt not learn to do after the abominations of those nations. There shall not be found among you any one that maketh his son or his daughter to pass through the fire, or that useth divination, or an observer of times, or an enchanter, or a witch, Or a charmer, or a consulter with familiar spirits, or a wizard, or a necromancer. For all that do these things are an abomination unto the LORD: and because of these abominations the LORD thy God doth drive them out from before thee. Thou shalt be perfect with the LORD thy God. For these nations, which thou shalt possess, hearkened unto observers of times, and unto diviners: but as for thee, the LORD thy God hath not suffered thee so to do.

These demonic spirits are subject only to Jesus Christ. 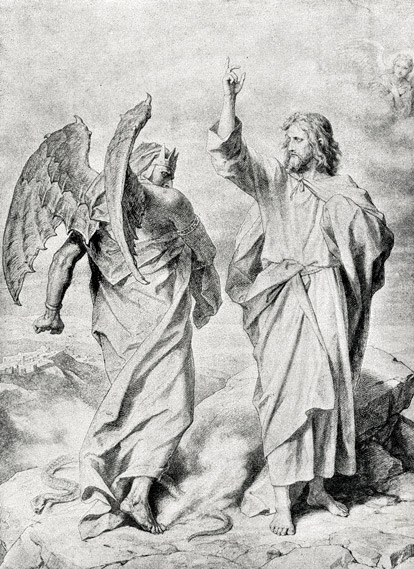 Mark 16:16-18 KJV
[16] He that believeth and is baptized shall be saved; but he that believeth not shall be damned. [17] And these signs shall follow them that believe; In my name shall they cast out devils; they shall speak with new tongues; [18] They shall take up serpents; and if they drink any deadly thing, it shall not hurt them; they shall lay hands on the sick, and they shall recover.

Comments on “What Are Familiar Spirits?”

Seeking first the kingdom of God~

ABOVE ARTICLE COPIED WITH KIND PERMISSION FROM:

What Are Familiar Spirits?

Published by Dana Emanuel of Xposing the Enemy

Deliverance Minister. Ex-Paranormal Investigator, Sharing the truth of Jesus Christ, through personal testimonies of ex-occultists -and exposing the deceptions of the enemy.

View all posts by Xposing the Enemy

Laura Maxwell graduated from Strathclyde University, Scotland, earning a BA Honours  degree in Psychology, having studied it there for 4 years.