Could Halloween be sinister? Ex Spiritualist Laura Maxwell of Scotland and Ex Satanist Steve Burns of Canada discuss the evils of it, giving examples from their former lifestyles.

This radio interview was broadcast in October 2011. On the show Set The Captives Free, hosted by Lynn an EX Medium, Texas, USA.

Listen to it by this link on Blog Talk Radio.

WARNING! Please do not listen if you are easily upset!

Below is the link to a previous radio show, of October 2010, where Steve shares more details of what he and fellow Satanists did on Halloween.

It also gives an account of the Satanic calendar right through October, sharing what they did on each day, in preparation for Halloween.

Again, this carries a VERY strong warning! It does give information about animal and human rape and sacrifices.

You can also see the TV interview of my friend Jeff Harshbarger below. Along with others, Jeff and I were co-authors of the book Dancing With The Devil.

In this interview of Halloween 2012, the late Doug Harris asks Jeff about his involvement in Satanism and how he found Jesus.

Please be aware, there are different types of Satanists and multiple subcategories. As in Christianity, there are many denominations. Not all branches of Satanism are the same!

They DON’T all commit crimes or conduct rituals! Some of them worship Satan as a real entity, while others don’t and actually they don’t even think he is real. For them, Satanism is more of a concept, a set of ideas.

Most Satanists are not Demon Worshippers. Most Luciferians don’t associate with Satanism, but instead, worship Lucifer as if he is still the bringer of light and enlightenment. As such, many New Age teachings accept Lucifer – Luciferian Mediums, Theosophists, etc. Some branches regard Satan and Lucifer as two aspects of the same being, but many don’t.

The basic common belief of all the branches, is a promotion or ‘worship’ of self, selfishness, greed, etc. Plus, they don’t believe in sin or the need of salvation, or look to Jesus Christ as Redeemer and Lord.

For example, during the summer my friend and I were evangelising in the streets. We met a 16 year old girl. She said she was a lesbian and was reading the Satanic Bible. She didn’t believe in Satan as a real figure. To her, it was merely a set of ideas to follow.

She said that where the Bible says ‘love your enemies’, that it didn’t make sense to her. But that ignoring your enemies and only loving those who love you, made more sense and that’s what she’d learned through the Satanic Bible. A very gentle and quiet girl, she did not believe in cruelty and would not seem the type of person to be involved in Traditional Satanism, conducting sacrifices, etc.

Please don’t think it is difficult to share the Gospel with any people group! We spoke with her for over 30 minutes and my friend and I told her about Jesus. When she asked Jesus into her life, and repented for her sin, she actually placed her hand on her heart.

Jesus is the TRUE Light of the world.

How many Christians would have walked past her, because she dressed in black and wore Occult jewellery. She was so ready to be saved! John 4:35 Say not ye, There are yet four months, and then cometh harvest? behold, I say unto you, Lift up your eyes, and look on the fields; for they are white already to harvest.

Sometimes, on YouTube, I hear from Satanists who think it’s crazy that EX Satanists who became Christians will speak of the evil they did. Simply because, in their own Satanic lifestyle, they don’t do the same things.

Basically, I hope to emphasise that not all types of Satanists believe or practise the same things. So, if you meet one, please ask questions, before you assume they are of the hardcore type. 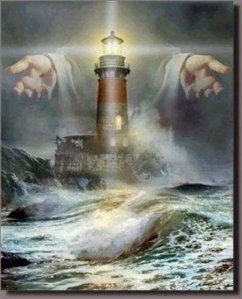 Do remember, greater is He that is in you, than he that is in the world, 1 John 4:4. Please pray for your neighbourhood’s protection this Halloween and also for the salvation of covens in your town.

Psalm 64:5-8 They encourage each other in evil plans,
they talk about hiding their snares;
they say, “Who will see it[a]?”
They plot injustice and say,
“We have devised a perfect plan!”
Surely the human mind and heart are cunning.

The above testimonies of Jeff and Steve show that Jesus wants to save everyone, no matter how dark their life is. As you can see from this blog, there are many who can testify of Jesus bringing them out of the New Age or Occult. So, please do pray for Satanists, whatever branch they adhere to.

The following Psalm is so apt for many of us, who have been rescued out of darkness, into His glorious light, love and life! Hallelujah! 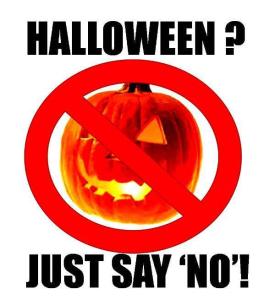 2 Responses to Ex Satanists on Halloween.