Scriptures Warning Against Contacting The Spirit World Outside of Jesus Christ by James.

There is an increased interest in the Occult today. The book ‘Wiccan Wisdom Keepers’ quotes Patricia Morrison, who is a Priestess, and wife of deceased rock star, Jim Morrison (The Doors). The book states:

“Patricia Morrison doesn’t train people formally, but many have been introduced to Witchcraft and Paganism through her memoir Strange Days and her science-fantasy series The Keltiad. “I consider that I’ve made the Craft accessible to people who would never read a book about Witchcraft per se, but who would read a fantasy novel or a memoir of life with a rock star. Its my way of sneaking round to the back door then holding it open for them to come inside.” (Patricia Morrison, quoted in Wiccan Wisdom Keepers, p. 112).

Challenge the spirits & Spirit Guides to reveal their True Identity.

Harry Potter books and movies, and television shows like Charmed and Buffy The Vampire Slayer encourage young people to think spiritually outside the Lord Jesus Christ. Consider the following quote:

“The Pagan Federation, which represents druids and witches, says it has been “swamped” with calls following teenage programmes featuring good witches. Speaking to BBC News Online the Pagan Federation’s Steve Paine, the high priest of a coven, said the hit US drama Buffy and the highly successful Harry Potter books were popular amongst practising witches. “They are taken as fantasy entertainment. But they do encourage people to think about different forms of spirituality”, he said. The Pagan Federation, which deals with about 100 enquiries a month from youngsters who want to become witches, does not allow anyone under the age of 18 to become a member.” Most of the enquiries are from 14 to 18 year-olds, and are dealt with “reactively” by a specially-appointed youth officer, an Essex based schoolteacher.” (BBC News Online, Buffy Draws Children to Witchcraft, Friday, 4 August, 2000, Full article at: http://news.bbc.co.uk/hi/english/entertainment/newsid_864000/864984.stm).

Movies like The Crow portrays Gothic dress and practices, showing actor Brandon Lee wearing black leather costumes, long black hair and black eye shadow, and with his face painted a death-masque white. He frequented a dank, mausoleum-like abode (redolent of the haunts of the vampires in Anne Rice’s novels) lit with ornate candelabra and punctuated with religious iconography.

Ghostly Encounters, Psychic Kids, Long Island Medium, Crossing Over, and Celebrity Ghost Stories, among others, are filling the minds of viewers with a desire to contact spirits of dead ancestors and fortune tellers about their future. Aliens are in movies, television and music, gearing our minds and emotions for the future Days of Noah.

The Bible clearly teaches throughout the Old and the New Testaments against entertaining these spirits, even when they transform themselves into angels of light and appear as trying to comfort and help you.

Leviticus 19:31 “Do not turn to mediums or seek out spiritists, for you will be defiled by them. I am the LORD your God.”

Leviticus 20:6 “I will set my face against the person who turns to mediums and spiritists to prostitute himself by following them, and I will cut him off from his people.”

Deuteronomy 18:9-14 “When you enter the land the LORD your God is giving you, do not learn to imitate the detestable ways of the nations there. Let no one be found among you who sacrifices his son or daughter in the fire, who practices divination or sorcery, interprets omens, engages in witchcraft, or casts spells, or who is a medium or spiritist or who consults the dead. Anyone who does these things is detestable to the LORD, and because of these detestable practices the LORD your God will drive out those nations before you. You must be blameless before the LORD your God. The nations you will dispossess listen to those who practice sorcery or divination. But as for you, the LORD your God has not permitted you to do so.” 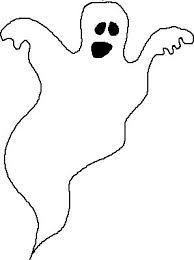 1 Samuel 28:7 (This is a long account about King Saul of Israel when he consulted a woman who was a Medium because God had forsaken him and no longer answered him. He did what he knew was forbidden. (There’s more to this story which you can read in context).

2 Kings 17:16-17 “They forsook all the commands of the LORD their God and made for themselves two idols cast in the shape of calves, and an Asherah pole. They bowed down to all the starry hosts, and they worshiped Baal. They sacrificed their sons and daughters in the fire. They practiced divination and sorcery and sold themselves to do evil in the eyes of the LORD, provoking him to anger.”

2 Chronicles 33:1-6 “Manasseh was twelve years old when he became king, and he reigned in Jerusalem fifty-five years. He did evil in the eyes of the LORD, following the detestable practices of the nations the LORD had driven out before the Israelites. He rebuilt the high places his father Hezekiah had demolished; he also erected altars to the Baals and made Asherah poles. He bowed down to all the starry hosts and worshiped them. He built altars in the temple of the LORD, of which the LORD had said, “My Name will remain in Jerusalem forever.” In both courts of the temple of the LORD, he built altars to all the starry hosts. He sacrificed his sons in the fire in the Valley of Ben Hinnom, practiced sorcery, divination and witchcraft, and consulted mediums and spiritists. He did much evil in the eyes of the LORD, provoking him to anger.”

Job 31:26-28 “if I have regarded the sun in its radiance or the moon moving in splendor, so that my heart was secretly enticed and my hand offered them a kiss of homage, then these also would be sins to be judged, for I would have been unfaithful to God on high.”

Isaiah 8:19-20 “When men tell you to consult mediums and spiritists, who whisper and mutter, should not a people inquire of their God? Why consult the dead on behalf of the living? To the law and to the testimony! If they do not speak according to this word, they have no light of dawn.”

Jeremiah 8:2 “They will be exposed to the sun and the moon and all the stars of the heavens, which they have loved and served and which they have followed and consulted and worshiped. They will not be gathered up or buried, but will be like refuse lying on the ground.”

Ezekiel 8:16-18 “He then brought me into the inner court of the house of the LORD, and there at the entrance to the temple, between the portico and the altar, were about twenty-five men. With their backs toward the temple of the LORD and their faces toward the east, they were bowing down to the sun in the east. He said to me, “Have you seen this, son of man? Is it a trivial matter for the house of Judah to do the detestable things they are doing here? Must they also fill the land with violence and continually provoke me to anger? Look at them putting the branch to their nose! Therefore I will deal with them in anger; I will not look on them with pity or spare them. Although they shout in my ears, I will not listen to them.’”

Zephaniah 1:4-6 “I will stretch out my hand against Judah and against all who live in Jerusalem. I will cut off from this place every remnant of Baal, the names of the pagan and the idolatrous priests–those who bow down on the roofs to worship the starry host, those who bow down and swear by the LORD and who also swear by Molech, those who turn back from following the LORD and neither seek the LORD nor inquire of him.”

Romans 1:25 “They exchanged the truth of God for a lie, and worshiped and served created things rather than the Creator– who is forever praised. Amen.”

Acts 7:42 “But God turned away and gave them over to the worship of the heavenly bodies. This agrees with what is written in the book of the prophets: ‘Did you bring me sacrifices and offerings forty years in the desert, O house of Israel? You have lifted up the shrine of Molech and the star of your god Rephan, the idols you made to worship. Therefore I will send you into exile’ beyond Babylon.’”

Acts 16:16-19 “Once when we were going to the place of prayer, we were met by a slave girl who had a spirit by which she predicted the future. She earned a great deal of money for her owners by fortune-telling. This girl followed Paul and the rest of us, shouting, “These men are servants of the Most High God, who are telling you the way to be saved.” She kept this up for many days. Finally Paul became so troubled that he turned around and said to the spirit, “In the name of Jesus Christ I command you to come out of her!” At that moment the spirit left her. When the owners of the slave girl realized that their hope of making money was gone, they seized Paul and Silas and dragged them into the marketplace to face the authorities.”

Acts 19:18-19 “Many of those who believed now came and openly confessed their evil deeds. A number who had practiced sorcery brought their scrolls together and burned them publicly. When they calculated the value of the scrolls, the total came to fifty thousand drachmas.”

I Timothy 4:7 “Have nothing to do with godless myths and old wives’ tales; rather, train yourselves to be godly.”

I Timothy 1:3-4 “Command certain men not to teach false doctrines any longer nor to devote themselves to myths and endless genealogies. These promote controversies rather than God’s work – which is by faith.”

Daniel 2:27-28 “No wise man, enchanter, magician or diviner can explain to the king the mystery he has asked about, but there is a God in heaven who reveals mysteries.”

Micah 5:12 “I will destroy your witchcraft and you will no longer cast spells.” 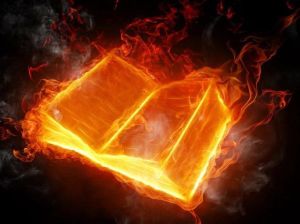 Revelation 9:20-21 “They did not stop worshiping demons, and idols of gold, silver, bronze, stone and wood –idols that cannot see or hear or walk. Nor did they repent of their murders, their magic arts, their sexual immorality or their thefts.”

Revelation 22:15 “Outside are the dogs, those who practice magic arts, the sexually immoral, the murderers, the idolaters and everyone who loves and practices falsehood.”

Does this sound like God is happy with people who seek this forbidden communication?

Aliens or Demons pretending to be?

The Hebrew word, toebah, is rendered “abomination,” “abominable thing,” and “abominable” and refers to that which is disgusting, abominable, unclean (in a ritualistic sense), or wicked (in an ethical sense).

Why? Because behind all of these are devils seeking worship that rightly belongs to God.

I John 4:1 “Beloved, do not believe every spirit, but test the spirits to see whether they are from God, because many false prophets have gone out into the world.”