Ex New Ager, Spiritualist & Professional Astrologer, participated in past life regression, astral travel, spirit contact, tarot cards and had spirit guides. Marcia Montenegro is a woman who I highly admire and have loved her resources for years!!!

She’s been a guest on my radio show The Supernatural with Laura Maxwell and her articles have featured on my blog. I HIGHLY recommend you check out her blog and Facebook page. (Details at foot of her below post).

ROB BELL AND THE WRONG JESUS By Marcia Montenegro

Bell never says “God;” instead, he says “the Divine.” Bell refers to Jesus quite often, but that is a problem because Bell is not talking about the real Jesus.

Per his usual style, Bell is not really definitive about his views, but rather hints at things. He evades the issue of having to believe in Jesus for salvation and instead talks about how the Bible says that “all things” will be restored, and he emphasizes “all things.” This is part of his Christian Universalist Reconciliation View articulated in his book, “Love Wins.” (See CANA article on book at end).

“But you have come to Mount Zion and to the city of the living God, the heavenly Jerusalem, and to myriads of angels, to the general assembly and church of the firstborn who are enrolled in heaven, and to God, the Judge of all, and to the spirits of the righteous made perfect, and to Jesus, the mediator of a new covenant, and to the sprinkled blood, which speaks better than the blood of Abel.” Hebrews 12:22-24

Yet Jesus spoken often of hell and other passages do the same:

“…then the Lord knows how to rescue the godly from temptation, and to keep the unrighteous under punishment for the day of judgment…” 2 Peter 2:9

“Then I saw a great white throne and Him who sat upon it, from whose presence earth and heaven fled away, and no place was found for them. And I saw the dead, the great and the small, standing before the throne, and books were opened; and another book was opened, which is the book of life; and the dead were judged from the things which were written in the books, according to their deeds. And the sea gave up the dead which were in it, and death and Hades gave up the dead which were in them; and they were judged, every one of them according to their deeds. Then death and Hades were thrown into the lake of fire. This is the second death, the lake of fire. And if anyone’s name was not found written in the book of life, he was thrown into the lake of fire.”
Revelation 20: 11-15

The “second death” is eternal separation from God.

Ram Dass influenced the New Age and helped to inject Eastern beliefs into the culture. Here’s what Rob Bell says about him:

At one point (close to 24 minutes), Bell favorably quotes Ram Dass about “grasping energy” which is “fear, anger,” or failure to “confront a shadow side” that causes one to “desperately cling to systems, patterns, addictions, habits.” Bell says salvation is being released from all the things you were clinging to.

That Bell gets insight from Ram Dass is very revealing. I am quite familiar with Ram Dass from my New Age days; his book “Be Here Now” played a huge role in my worldview and I personally met him onstage after one of his lectures at Emory University.

Ram Dass is also known as Richard Alpert, who as a psychologist at Harvard in the 1960s, participated in some LSD experiments with Timothy Leary, which led to the famed mantra of psychedelic drugs, “Turn on, tune in, and drop out.” 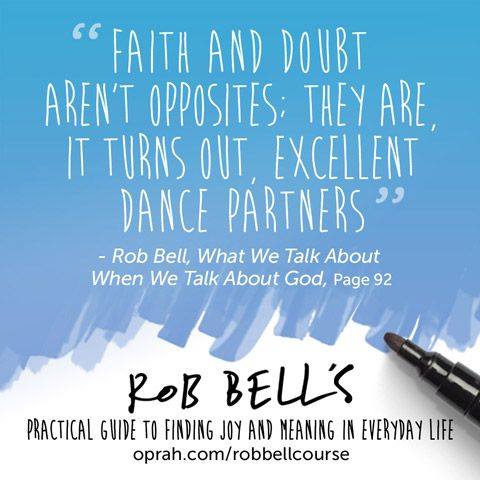 I think Bell had already slipped from the Christian faith when he wrote “Velvet Elvis,” which was promoted by many Christians.

In that book, Bell recommended that his readers set aside 3 months to read Ken Wilber’s book, “A Theory of Everything.” Wilber is best described as a prolific author and post New Age-Buddhist-Perennialist who designed a paradigm he calls Integral Spirituality.

Bell shows contempt for anyone who holds to sound doctrine by saying those who preach sound orthodoxy are being “dogmatic” and holding to “a system.”

Instead, Bell tells us, Jesus came so that would live: “food, drink, a good walk, surfing, music, architecture, law…” The podcast host refers to the “abundant life” of John 10:10 and Bell agrees that is what he is talking about. However, “abundant life” is about life in Christ, which means living by the Spirit and having eternal life. But one can only live by the Spirit when one trusts in Christ, something Bell seems to reject.

That one must believe in him to have this abundant life is made clear by Jesus in several places:

“He who believes in Me, as the Scripture said, ‘From his innermost being will flow rivers of living water.’” John 7:38

“Jesus said to them, ‘I am the bread of life; he who comes to Me will not hunger, and he who believes in Me will never thirst.’” John 6:35

Without Jesus, there is no such water or bread. But one who believes in Jesus (see Jesus’ words above in John 7:38) never thirsts or hungers again and is continually and eternally satisfied. This is abundant life, not enjoying life more or making the most of life. Certainly abundant life in Christ does not preclude enjoying life, and it should actually enrich it, but let’s get the definition of “abundant life” biblically correct.

That such abundant life is not always a pleasurable enjoyment of life is revealed by many passages about suffering for the sake of Christ and being willing to do so. This means suffering in defense of the faith, not just suffering. There are too many passages on this, but a good one is:

“If you are reviled for the name of Christ, you are blessed, because the Spirit of glory and of God rests on you. Make sure that none of you suffers as a murderer, or thief, or evildoer, or a troublesome meddler; but if anyone suffers as a Christian, he is not to be ashamed, but is to glorify God in this name. For it is time for judgment to begin with the household of God; and if it begins with us first, what will be the outcome for those who do not obey the gospel of God? And if it is with difficulty that the righteous is saved, what will become of the godless man and the sinner? Therefore, those also who suffer according to the will of God shall entrust their souls to a faithful Creator in doing what is right.” 1 Peter 4:14-19

Here is audio of Rob Bell and Deepak Chopra talking together at the week-long Meditation and Yoga retreat in 2016 sponsored by New Ager Deepak Chopra. Bell uses the term “Spirit” the same way New Agers do.
goo.gl/YrzvNM

Rob Bell, still viewed as a Christian, says none of these things about having faith in Christ, eternal life, suffering for the gospel, or Jesus as the water and bread of life. But Bell is out there, influencing many. He is someone Christians can draw a line with because Bell no longer stands for the true Jesus. His associations with and approvals of New Ager Deepak Chopra, New Thought follower Oprah, and heretical Richard Rohr speak volumes.

My impression of Bell’s Jesus is that he was a postmodern hip rabbi who told stories, liked to break rules, and eschewed propositional truth. Yet aside from his parables, questions, and rebukes, Jesus’ statements recorded in the gospels are all propositional truths.
———————————

Here is audio of Rob Bell and Deepak Chopra talking together at the week-long Meditation and Yoga retreat in 2016 sponsored by New Ager Deepak Chopra. Bell uses the term “Spirit” the same way New Agers do.
goo.gl/YrzvNM 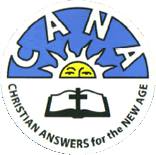 Marcia Montenegro of Christian Answers for the New Age