The Powerful Allure of Magic, Wicca and New Age for Girls and Young Women by Camilla Rosa Eriksen. 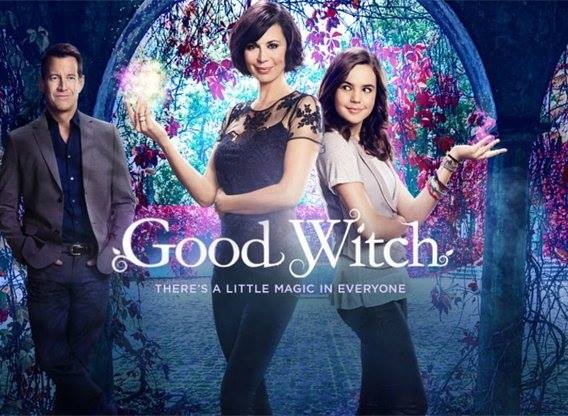 Camilla Rosa Eriksen wrote in Exposing the darkness on May 10

Hallmark is an inter-faith network – this means that we will see more and more new age doctrine being promoted. It started out with all the magic in their romantic Christmas tales but in this tv series – they have gone completely full out in the open with “cute, charming and delightful” OCCULT doctrine streaming into homes across the world.

This show is about so-called “white witchcraft”. You know the kind that doesn’t include animal sacrifices or sending evil intentions against others (obviously that would not appeal the viewers of Hallmark tv) but is still rooted in paganism and occult beliefs.

This is the soft witchcraft – the kind of witchcraft that is APPEALING to girls and women of all ages because it represents intuition, empathy, magical power, wisdom, sex appeal, calmness, serenity, secret knowledge and “prophetic” gifts and people being drawn to you. Who wouldn’t want that, right?

This show is more dangerous spiritually than a movie about monsters screaming in your face because this show will influence millions of young girls to PURSUE the Wiccan religion – the fastest growing religion in the world – and run out and buy crystals, potions and angel cards and become their own goddess which is the “light” version of SELLING YOUR SOUL TO THE DEVIL.

In this show where the lead is a friendly sorceress liked by the whole community – God is replaced with “The Universe”, reincarnation and talking to the dead comes across as natural and true, the female characters are clearly the strongest (there is that female “Goddess” influence that we see all over tv and movies now), the mother and daughter are both “gifted” with clairvoyance – they know in advance who is on the phone as well as more serious events.

She has a “magic touch” that unlocks a door with her very presence, another time her presence makes a door close which would not close before she entered (both times a man had tried in vain to fix the problems), she is an “animal whisperer” who can make a bird come to her and change directions, she has healing powers which make the doctor (male lead character) look like a complete fool. 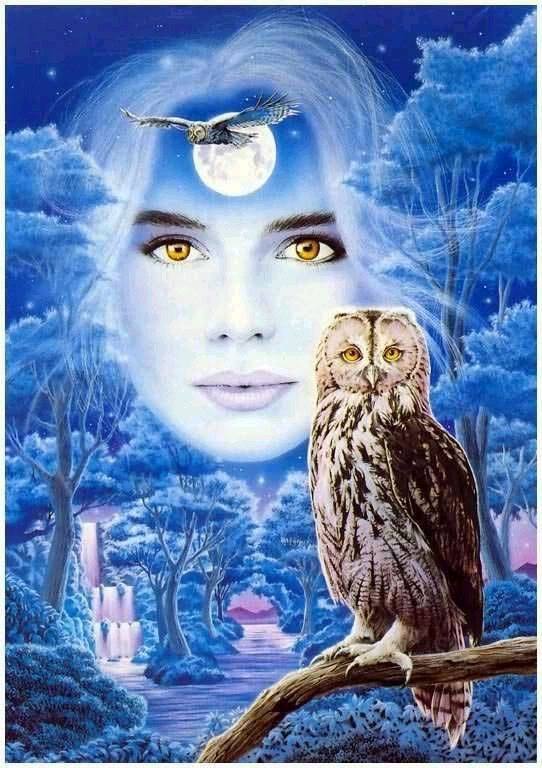 We also see lots of subtle messages…such as on their living room table you see crystal balls, her lamp looks eerily similar to two pentagrams on top of each other, her window has “old church” like art and vines growing on the sides….(to give it that soft witchy feel…), she owns a huge beautiful enticing shop with the name “Bell, Book and Candle..” which sells new age books, trinkets, and herbs etc. Hallmark even made an online store available where these wiccan “home magic” tools could be purchased. At least that one closed down.

Was it too obvious that they were now promoting the occult or were there still enough Christian influence in the network to see that this was wrong? One can only speculate on what goes on behind the scenes. Anyway, I could go on about this show – but you get the picture.

The new age is especially appealing to young girls and women looking for answers. The brokenness in our soul is longing to be filled. And so the ALLURE and comfort of the beautiful images and colors and sounds draw us in.

‘Spirit Guides’ has become a very common phrase. But the sad truth is that spirit guides are demonic spirits. They are “the angels of light” – Satan/Lucifer – appearing as gentle, good and helpful…until….you see the deception (and sadly many never do…) The day you want OUT they will turn on you.

“Naturally, my mother and I decided to withdraw from Spiritualism and kindly asked our ‘Spirit Guides’ to leave. To our shock, they laughed and insulted us. They began to physically attack us. This was deeply perplexing, as they’d provided guidance and kindness for many years! It became obvious they’d clearly deceived us, pretending to be benevolent, when in reality they were wicked all along.”

2 Corinthians 11:14 ‘And no marvel; for Satan himself is transformed into an angel of light’.

Camilla Rosa Eriksen concludes: I encourage ALL who cares about the young girls and women in your life to turn off the tv long enough to read “Wicca – Satan’s Little White Lie” by Bill Schnoebelen – who himself was a Wiccan for 16 years and became a High Priest.

1 Response to The Powerful Allure of Magic, Wicca and New Age for Girls and Young Women by Camilla Rosa Eriksen.