What Do BEYONCE, A FORMER SAN FRANCISCO MAYOR’S WIFE, and A NEW YORK TIMES BEST SELLER Have In Common?

ANSWER: THEY ALL CHANNEL ORIXÁS…

In an interview with The Daily Mail , Dr. Jacob Olupona, a Nigerian professor of African Religious Traditions at the Harvard Divinity School stated, “She is speaking to the world, she is speaking to America. Beyonce is educating the masses on Oshun. She is seeing how indigenous spirituality can be a powerful tool for changing the world.” (Source Below). 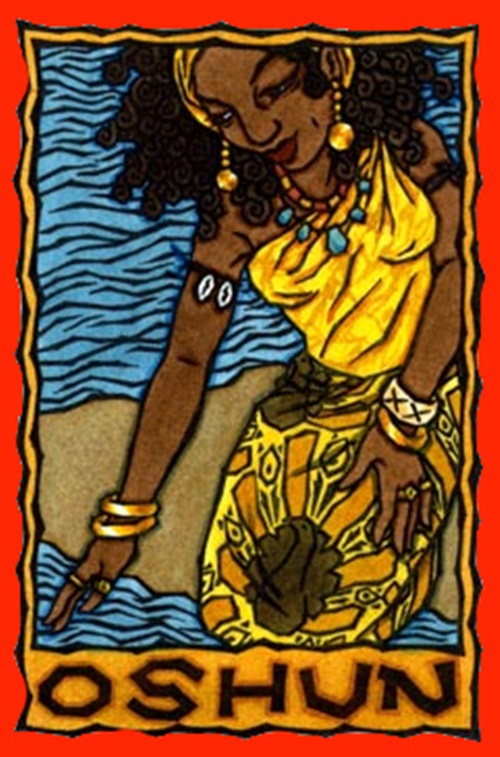 When Ivani shared her testimony on social media about being an Ex-Umbanda Medium who channeled an Orixá (Orisha) goddess, many said they’d never heard of this occult religion before. 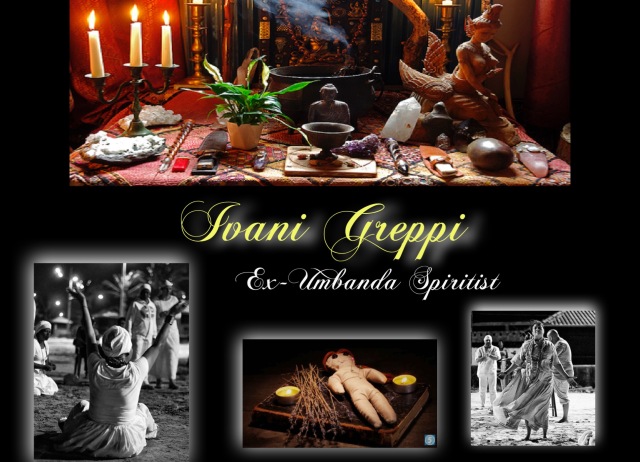 Below is the definition of Umbanda and its beliefs from ReligionFacts.com:

Umbanda Beliefs:
There isn’t uniformity of belief among all followers of the Umbanda religion, yet there are certain beliefs that are widely held. These beliefs include faith in a supreme deity called Olorum (or Zambi), who has various representations.

Many followers of Umbanda also believe that various Catholic saints emit divine energies and forces called Orixás. It is also common for adherents to seek interaction with the spirits of the deceased. The ideas of karma and reincarnation are also centrals tenets of the religion.

Historians and sociologists believe that the Umbanda religion got its beliefs about a supreme deity and the reverence of saints from Catholicism; from Spiritism, the Umbanda religion got beliefs in communicating with the dead in its various forms, including psychics and mediums; from indigenous Brazilian religions, Umbanda adopted the deification of Orixás.

(I would like to add to this list: Iansã goddess of winds and lightning, Nanã ruler of rivers, marshes and lagoons, Oxumaré serpent god of the Rainbow, and Exu divine messenger/ door opener/ divine trickster or the devil.)

Today Terreiros can be built likes homes or Catholic churches. Gatherings in temples occur often and depending on the particular Terreiro or branch of Umbanda, ceremonies may include chanting, offering food and other items to spirits, dancing, as well as eating and drinking. If visitors manifest a spirit during the gathering they may be asked to become members of the group.”

Like Umbanda, the Candomblé and Quimbanda sects that are also practiced in Brazil, worship the same deities. The difference between the three however, is that animal sacrifices are not used in Umbanda. 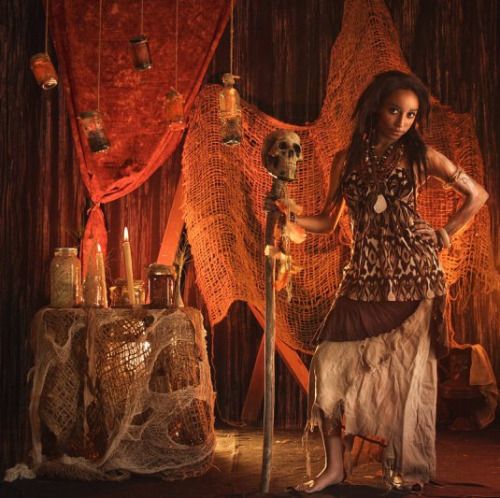 All this sounds so foreign and far removed from American culture doesn’t it?

But would it be surprising to know that many celebrities and Hollywood elite are not only familiar with these particular occult beliefs, but actually practice it?

Would it be alarming to learn that during the 2017 Grammy Awards, Beyonce who was raised in the Christian faith paid homage to the goddess Oxum (Oshum)?

Pregnant with twins, wearing a golden gown, Oshum’s sacred color, Beyonce channeled the goddess of “love, money, and waterways” or goddess of water and fertility as some headlines claimed. 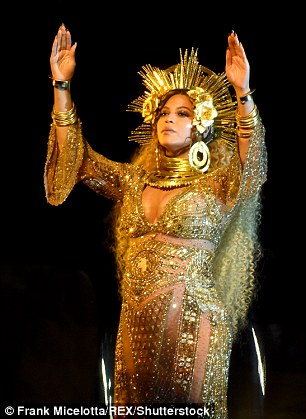 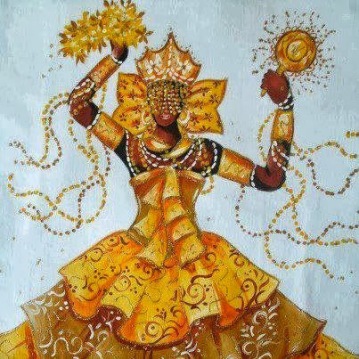 In an interview with The Daily Mail , Dr. Jacob Olupona, a Nigerian professor of African Religious Traditions at the Harvard Divinity School stated, “She is speaking to the world, she is speaking to America. Beyonce is educating the masses on Oshun. She is seeing how indigenous spirituality can be a powerful tool for changing the world.”

Apparently, according to a BuzzFeed community post, Beyonce’s latest album “Lemonade” references not only Oshun, but six African deities.

A quick internet search will show multiple “how to’s” on channeling your inner Oshun goddess, like Beyonce.

Blanche Brown, wife of former San Francisco mayor Willie Brown, began her dance career studies in New York with a Haitian teacher. She also participated in Haitian ceremonies in “the middle of Manhattan”.

“It really showed me how culturally African dance began, what it was for,” she explains. “In that community, they were dancing for spirits. It could have been a celebration of a spirit, it could have been for somebody who needed to have that spirit come down and talk to them. But it was for something.”

This experience led Brown to the Yoruba tradition and she was initiated as a priestess of Oshun. 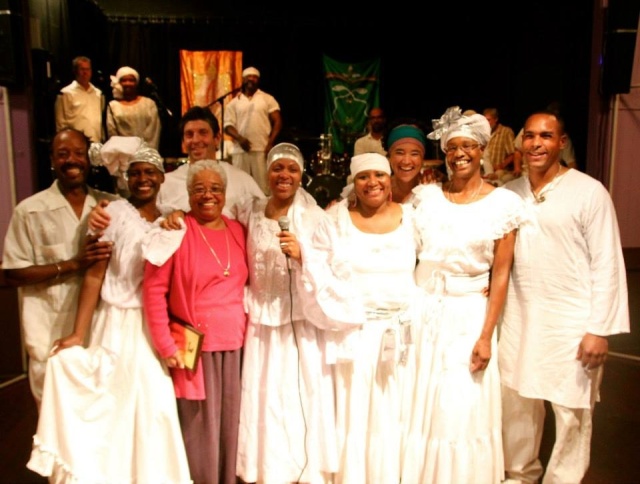 “I do feel that spirits help me do what I’m supposed to do,” she continues, “and definitely at my age, the fact that I can still dance means that it has to be something more than just physical. When you see me walk, you’d never think that I’d be able to get out on the dance floor, but it’s just something that takes over. It’s so cleansing.”

In other words, Blanche Brown, like Beyonce, channeled the Yoruba spirits through her performing arts.

Iyanla Vanzant a lawyer, talk show host, and best-selling author is a Yoruba Ifa priestess initiated at Ola Olu by the Ifa Foundation of North America, Inc.  She was a regular featured speaker on the Oprah Winfrey show and hosted a talk show on ABC.

Vanzant was recognized as one of the 100 Most Influential African Americans, Vibe magazine called her one of “100 Leaders of the New Millennium” and Newsweek featured her as one of the “Women of the New Century.”

She is Founder and Director of Inner Visions Institute of Spiritual Development where she shares her knowledge of Universal Principle and Law, Eastern and Western spiritual teachings and religions. 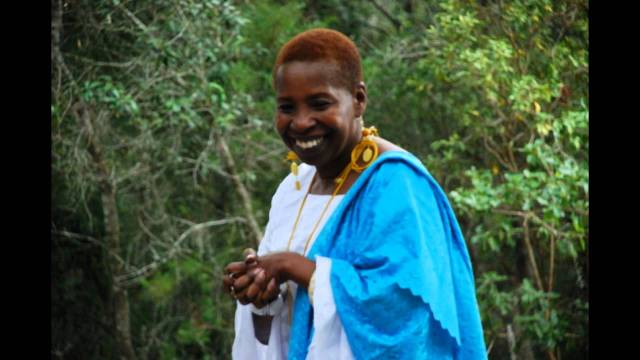 Her mission is to educate others to create a better life by discovering the “kingdom of God within”.

It is glamorized by celebrities as a powerful and seductive spiritual movement.

Sadly, soon enough the channeling of Orixás will not sound so foreign and far removed from American culture after all.

ADDITION – A conversation I had with Ivani online:

Laura  ”I wrote an article on Yoruba a few yrs ago for a UK Spiritual Warfare Prayer grp, as they were concerned bc it’s came over here now too!

Ivani Greppi  ”Yes Laura, so many celebrities like Beyoncé are practicing the Yoruba religion which is connected to Umbanda.

Big in Trinidad and Tobago, I heard too.

Yes in Brazil that’s what Umbanda is.

Real creepy stuff indeed. Is it big in Mexico now too?

”It’s all related from the African slave trade to South America, Caribbean islands and Latin America. It’s all the same Umbanda, Candomblé, Quimbanda, Santeria and Voodoo.
Definitely in Mexico but they also worship Santa Muerte a demonic deity.
Santa Muerte is fairly new religion in Mexico, with many followers who are gang members.” Ivani Greppi.

Many thanks for taking time to read or even share the above post. For similar posts and more about Ivani and friends, please see the below links! God bless you! 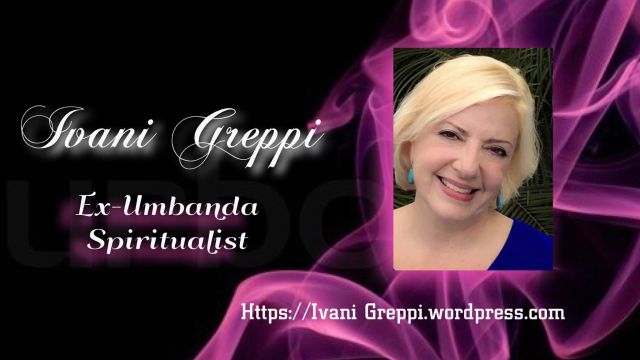 4 Responses to What Do BEYONCE, A FORMER SAN FRANCISCO MAYOR’S WIFE, and A NEW YORK TIMES BEST SELLER Have In Common?