“The Pope wants to unify all religions and all governments under one world order,” Rabbi Assur said. “What is the big surprise? He is not hiding anything. Just listen to what he says and who he is and his plans are right there for all to see.” 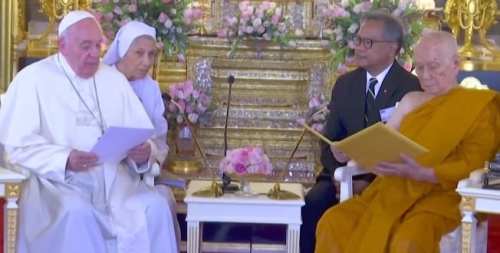 Pope Francis topped off his three-day visit to Thailand last Saturday with a meeting with Thailand’s supreme Buddhist patriarch Somdej Phra Maha Muneewong at Bangkok’s Ratchabophit Temple. The meeting took place in front of a 150-year-old gold statue of Buddha. The Pope followed Buddhist custom by removing his shoes.

During the meeting, the Pope gave the Buddhist Patriarch the Declaration on Human Brotherhood.  The Declaration s a joint statement signed by Pope Francis of the Catholic Church and Sheikh Ahmed el-Tayeb, Grand Imam of Al-Azhar, last February in Abu Dhabi. The Pope met with the Imam last month to reinforce the Declaration.

The agreement between the two religious leaders was criticized for its stance on the diversity of religions.

“The fact that people are forced to adhere to a certain religion or culture must be rejected,” the document read. “As too the imposition of a cultural way of life that others do not accept.”

Many theologians from both Catholicism and Islam have criticized the agreement as untenable and essentially unacceptable to either religion which both have supersessionism as a basic tenet. While members of other religions may see this as a praiseworthy effort, Catholics and Muslims have expressed concern that this agreement represents a commitment by the leaders to a process that is unacceptable. This is especially problematic for Islam which punishes apostasy with death.

It would seem that bridging the gap between Islam and Buddhism will be an even more insurmountable task for the Pontiff. Islam was founded in the 7th century CE, approximately 600 years after the founding of Christianity and several thousand years after Judaism began. As an aggressive form of replacement theology, Islam appropriated all of the figures in the Christian and Jewish Bible as Muslim prophets. Even though Buddhism was founded in the 6th century BCE, Islam did not appropriate Siddhārtha Gautama, the founder of Buddhism, as a Mulsim prophet. This may be because Islam considers Buddhism to be a forbidden form of idolatry.

Dr. Mordechai Kedar,  a senior lecturer in the Department of Arabic at Bar-Ilan University, noted the irreconcilable differences that make a pact of brotherhood between Islam, Catholicism, and Buddhism unlikely.

“Islam absolutely considers Buddhism to be a form of idolatry,” Dr. Kedar told Breaking Israel News. “Islam cannot make a pact with Buddhism. Only fake Islam can sit with Buddhists and sing Kumbaya together.”

Dr. Kedar had doubts concerning the possibility of a faith-based pact between Islam and other religions.

“Even though Islam sees Christianity as a religion that they absorbed into Islam, they have a problem with Catholicism which shows Jesus on the actual cross. They cannot tolerate a religion that worships a man.”

“The pope is trying to make a global peace, or at least show his followers that he is trying to make world peace. But Islam does not allow a peace with infidels. They can make a tactical retreat or make gestures that look like peace but people who accept these pacts are just fooling themselves”

Rabbi Daniel Asore, a member of the nascent Sanhedrin, noted that the Pope’s intentions were precisely as presented, with no subterfuge at all.

“The Pope wants to unify all religions and all governments under one world order,” Rabbi Assur said. “What is the big surprise? He is not hiding anything. Just listen to what he says and who he is and his plans are right there for all to see.”

The rabbi noted that Pope Francis was unique in several respects; he is the first pope from the southern hemisphere and, most significantly, he is the first Jesuit to be appointed to the position. Though established by papal order in 1540 to stop the spread of Protestantism and convert the indigenous peoples of Africa and the Americas, the Jesuit order has historically been treated with suspicion by the Catholic Church for being power-hungry.

“Brotherhood is a wonderful thing but one religion is only good if it is worshipping the true God,” Rabbi Asore said. “The pope’s vision of brotherhood does not prevent him from sitting in front of a gold idol or uniting with Ishmael. If he wants one religion, we know what God he is not worshipping.”

Thus he said: ‘The fourth beast shall be a fourth kingdom upon earth, which shall be diverse from all the kingdoms, and shall devour the whole earth, and shall tread it down, and break it in pieces.’” Daniel 7:23 (The Israel Bible™)

While in Thailand, the Vatican’s Press Office released a statement that calling Jewish cities and towns in Judea-Samaria ‘legal’, “further undermines the Israeli-Palestinian peace process”. Although the Pope didn’t explicitly refer to Trump’s landmark decision, the reference appeared to be obvious as he referred to the “context of recent decisions.”

Pope Francis has come under fire before for connecting the Catholic Church with the children of Ishmael. In 2015, 71 elders of the Sanhedrin tried the Pope in absentia for recognizing a “State of Palestine” with an official treaty. By doing so, the Sanhedrin claimed, the Pope was denying the covenant as described in the Bible in which God gives the land of Israel to the descendants of Jacob.

This marked the first visit by a Pope to Thailand in over four decades. Pope Francis was accompanied throughout the visit by his cousin Sister Ana Rosa, who has lived in Thailand for decades and is helping the pontiff as a translator. Thailand is a majority Buddhist country with 388,000 Catholics, representing .59 percent of its population. The Pope held mass in the National Stadium which was attended by over 50,000.

After leaving Thailand, the Pope traveled to Japan. Though he did not meet with any religious leaders, he gave a press conference in which he pursued his vision he euphemistically called  “brotherhood.” Pope Franci criticized “Christian culture…that speaks of peace and lives on weapons.”

Pope Francis has also made displays similar to his sitting barefoot in front of the Golden idol of Budda in Bankok that showed a shocking level of tolerance for idolatry. In October, a video emerged of what appears to be Pope Francis blessing a Pachama Goddess statue.

Pope Francis has also taken on a policy in which homosexuals are welcomed into the church so much so that the American LGBT magazine The Advocate named Pope Francis their Person of the Year for 2013. 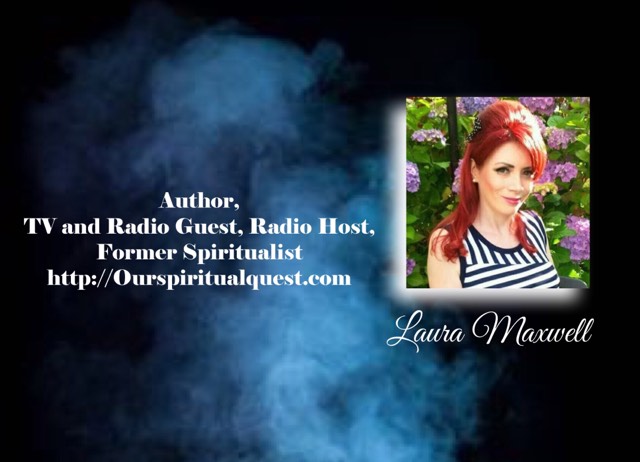