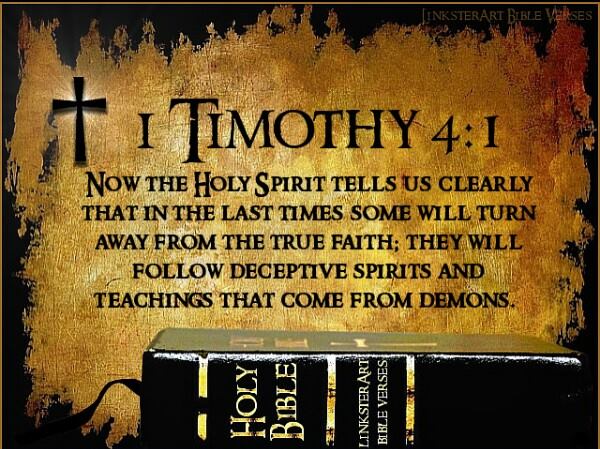 Recently, I’ve witnessed even more aspects of the veneration of Mary creeping into non-Catholic churches. Whether on tv, or in books, several well known Pentecostal leaders claimed to have visited heaven and watched Jesus, as He actually bowed down before a woman to worship her. You’ll find this nowhere in scripture.

But sadly many today, even famous leaders, will prize their ‘experiences’ above scripture and fail to test those experiences with the truth of God’s word. Such famous, well loved and respected leaders, sadly are enticing many to follow in their error.

I’m not saying this to be judgemental, or to criticise people, as any of us can fall into error! But we need to pray. Pray for our beloved brothers and sisters, that Jesus will reveal the truth to them and set them free from demonic deception.

The writer of the below blog article kindly gave me permission to share it.

CATHOLICISM AND THE WORSHIP OF MARY

“For there is one God and one mediator between God and men, the Man Christ Jesus” 1 Timothy 2:5

“We demolish arguments and every pretension that sets itself up against the knowledge of God….” 2 Corinthians 10:5

Truth on Virgin Mary and Catholicism

It is interesting to see that many of the idolatrous doctrines and practices of the Catholic Church, including Mary worship, treating Mary as our co-redeemer, extra-biblical mysticism, and veneration for the Pope, are leaching into Protestant churches – especially charismatic congregations.

I am surprised to see that these teachings, doctrines and practices are taking root with little to no scrutiny.

Few seem to have even a minimal level of discernment regarding Satan’s brilliant plan to deceive the church by, among other things, weaving darkness and light together in a way that pleases the flesh and enriches and empowers those who lead.

For more than a millennium the Catholic Church has done everything in its power to obscure the knowledge of God from mankind. For many centuries the church successfully kept the scriptures out of the hands of the commoner, and instead kept it, as translated by their scholars, solely in the hands of the priests who read and interpreted the scriptures as they pleased, subject only to Bishops and Popes.

The scriptures were translated and interpreted in a way that supported traditional Catholic doctrine (See, Jerome vs. Erasmus) in order to allow for the excesses of the church to go unchallenged. These excesses, of course, centered primarily around maintaining their vise-like grip on power…and their desire to amass and horde riches, as they preach wealth redistribution to the rest of us. The catholic church should start by disgorging their own outrageous wealth, and distributing it to the poor and to the victims of sexual abuse.

The Catholic Church was also highly successful in usurping the role of Jesus Christ, the Creator God, who was in the beginning and through whom all things were made, by replacing the One and Only, the First and the Last, the Beginning and the End, with Popes, Bishops, and Priests, most of whom surround themselves with the same type of self-aggrandizing pomp that Jesus rebuked the Pharisees and Sadducees for having. Jesus called them whitewashed tombs.

Even prayer has been funneled away from God the Father and Jesus Christ, as the catholic flock was/is encouraged to pray and light candles to mother mary and to many others whom they call “saints.”

The Church, in its desire for wealth and control, replaced the reality of a personal, intimate relationship with the Living God…with a Priest, a confessional booth, and a crucifix. While some certainly could stumble into communion with God despite the church, the catholic masses abdicated their role in establishing a close, personal relationship with God, and instead blindly accepted the church’s teaching, and chose to relate to God through many of the same lifeless formalities established by the Old Testament’s ecclesiastical leadership…which Jesus destroyed by his life of love, power, humility and truth.

I suggest that it is impossible to plausibly deny the hand of Satan in the many church practices, which take the minds, eyes and hearts of the people off of Jesus Christ, and instead turn them to idols.

The non-biblical Catholic doctrine forbidding priests from marrying has led to the rape and abuse of hundreds of thousands of women and children across the planet, embittering them to, and alienating them, from anything connected to religion or God, often forever. I have met some of those people.

The primary purpose of this rule was almost certainly to avoid contentions over inheritance rights, which could of course, diminish the Churches precious real estate holdings and bank account balance.

Clearly, the goals of the catholic Church have always centered around growing it’s wealth and extending it’s power rather than spreading the message of the love of Jesus Christ like a good shepherd to his precious flock.

Now more than ever, an inordinate focus on Mary, the mother of Jesus, is creeping into the Protestant Church. Non-Catholics are praying and lighting candles to her, and even look to her for help in times of trouble. There is only one mediator between man and God, and His name is Jesus Christ (1 Timothy 2:5). He was in the beginning with God, through Him all things were made, and without Him nothing was made that has been made. In Him is life and that life is the light of men (John 1:1-5).

This great God chose to step off of His throne, and become flesh. In His sovereignty and mercy, in union with the Father and Spirit, He became flesh, and lived 33 years on this Earth. Then, in obedience to His Father, and of His own volition, he chose to suffer a brutal death as atonement for the sins of mankind once and for all. It. Is. Finished!

It is abundantly clear that Satan is doing everything he can in these last days to get the eyes of humanity, and especially believers, on anything other than Jesus Christ. Whether it is material possessions, signs and wonders, temporal power, relationships, or even veneration for previous generations of believers, Satan wants our hearts, our eyes, and our minds off of Jesus Christ.

It seems clear that one of his newest tactics is to slowly move the catholic tradition of Mary worship, along with other Catholic mystic traditions, into Protestant circles.

Fortunately, for those who love and trust the word of God, and know that it alone is objective truth, there are answers from Jesus himself as to how his mother is to be viewed. Jesus addresses this issue directly in Luke 11:27-28, when a woman in a crowd said to Jesus, “Blessed is the woman who gave you birth and nursed you.”

Jesus, rather than affirming her statement, or even in a small way agreeing with the blessedness of the human vessel that birthed Him, corrected her, because He knew that her heart was focused on the created rather than the Creator, who is forever to be praised. In response, Jesus said to the woman, not blessed is the virgin Mary, but rather, “blessed are those who hear the word of God and obey it.”

There is not even a hint of special respect or honor for any member of His family in these two passages, because, like all men and women, his family members returned to dust. Jesus alone is the maker of all things(John 1:1-18), and He wants us to worship the eternal Creator rather than temporary created things which fade away like flowers in the sun (1 Peter 1:24-25).

But…If we are going to worship a human, shouldn’t it be John the Baptist, since Jesus Himself says in Luke 7:28 that he is the greatest man born of woman? Yet, how silly would it be to light candles and pray to John the Baptist, a mere man – and a hairy one at that, rather than the everlasting God Himself, who is forever to be praised?

Clearly, Jesus loved His mother. He loved her so much, that even as He was dying, He made sure that she had someone to care for her all the days of her life. That person was the apostle John, the disciple whom Jesus loved. It is truly a beautiful portrait of Jesus’ heart to see Him reach out and care for His mother in the midst of His agony.

There can be no doubt that she was precious to Him. The problem however, is not that Jesus loves his mother. Problems, in the eyes of the Living God, come when Mary is elevated to a demigod and is worshiped and praised instead of or in conjunction with the one and only God.

Interestingly, pagan religions throughout history have frequently worshiped a “mother” god. Even in the Old testament the Jews were warned by the prophet Jeremiah (Jeremiah 44), not to worship the so-called “queen of the universe” rather than the one and only God. In Catholic circles, Mary is commonly referred to as “queen of the universe.”

There is even a Catholic Church in my home town called “Mary, Queen of the Universe”. The Egyptians worshiped Isis, as mother and “queen of the universe” and the Babylonians before them worshiped a universal “mother” god (Semiramis, wife of Nimrod) as well.

Why is it so difficult for us to fix our eyes solely on Jesus, the author and perfecter of our faith who, for the joy set before him endured the cross, scorning it’s shame and sat down at the right hand of the throne of God (Hebrews 12:3)? Perhaps it is the warm feeling or an emotional need that is filled-perhaps by the enemy – since he is glad to see how we so easily replace the one and only God with a created thing that, like Satan himself, will soon fade away.

Jesus Christ will never fade away…and His eternal word will never, ever lead us away from what is true and right. So let us all use the word and only the word to test and approve what God’s will is, His good, pleasing and perfect will (Romans 12:2b).

If we use the sword of the word to divide truth from lies and to “test the spirits” of the practices and doctrines that are creeping into the church, we will never be led astray (Hebrews 4:12-13; 1 John 4:1). 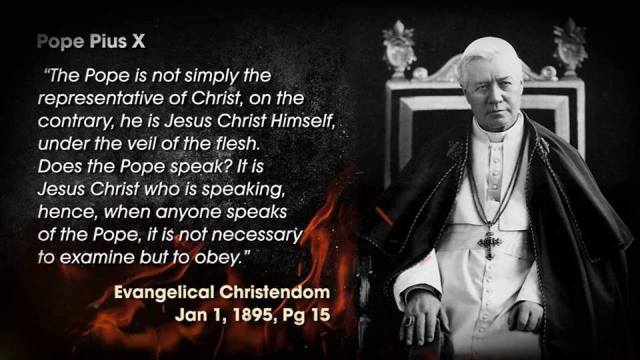 Popes teach people not to doubt anything they say!