Synchronicities, OBE, 444 Phenomenon and being Attacked by a Demon posing as a Clown – Kim Morgan’s Story.

Kim Morgan wrote: ‘Laura you are welcome to any part of my testimony you wish to use! And I really like Steven Bancarz, he has a lot of guts, as do you.

I watched some of your first videos a few years ago. Your story and Johanna Michaelsen’s shed a lot of light for me. Definitely.

By the time I found your video testimony I already knew the truth. I probably never would have bothered with it when I was so enamored with the “synchronicities” in my life. I thought it was coming from God and I was tuned in.

After I heard your story I was frightened to death. Realizing how close I’d come? What was in store for me if those hands hadn’t pushed me back in my body??

I don’t remember if you heard voices. I know your mom did. But I now feel I had to have been in deep spiritual darkness for that demon to speak to me audibly. Keep in mind, I’d cleaned up my life years before, so it was my spiritual life that was still filthy. I still needed to be forgiven BAD.

I wasn’t so much a New Ager as I was a seeker. For me it started around 1991 with the 444 phenomenon. I simply saw 444s multiple times per days for years. It ended with demonic attacks and an almost OBE. There are many many incidences in between. But I also knew Jesus was something special, I just couldn’t figure out where He fit in. 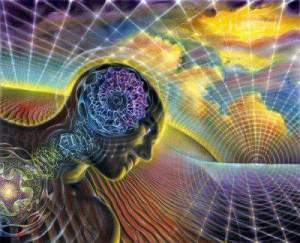 I’d been reading a book on astral projection written by Moen and I had it in the bookshelf above my bed. On this particular day, I laid down on my bed to watch an A&E documentary on angelic beings. It was probably 5-6pm yet I remember that I could hardly keep my eyes open

I was suddenly so very sleepy. So I decided to close my eyes and just listen to the program. Within a minute or two I could feel tingling in my fingers and toes. My mind was definitely awake because I was paying attention to it as it began to grow in intensity and began moving up my arms and legs towards the center of me. I recognized that it might be an OBE and wanted to go with it. Once the vibrating became a very strong buzz, I opened my eyes fully expecting to be somewhere near the ceiling. But I had opened my eyes too soon and it all came to an abrupt stop.

Soooo, I quickly closed them and began to visualize floating out in space and, boom, it began again, only the sequence was much quicker. Tingling – vibrating – buzzing – and liftoff. I could feel myself begin to rise an I knew it was happening.

So as I began to rise (eyes still closed) I could feel 2 hands on my shoulders and 2 hands on my ankles gently pushing me back down in my body. In my mind I thought, “Why are you stopping me? Why can’t I do this??” and then I must have fallen into a deep sleep.

In my sleep I was talking to someone dressed up as a clown. The clown told me that the next day I would be visited by a multi-winged angel. I remember looking at the clown’s eyes and they were marble-like and very creepy and I was wary of him. 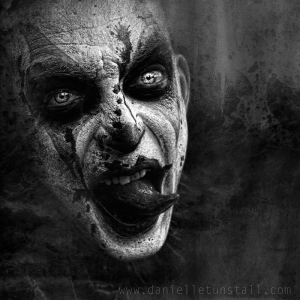 Next morning. I was still laying in the exact same position I had fallen asleep in. I hadn’t moved at all. I was awakened by the slight shaking of my bed, which was my dog Buddie. As I opened my eyes to a room that was filling with sunlight, I saw a pitch black figure creeping past the foot of my bed.

It looked like something out of a cartoon. Male, slightly built, I was seeing its profile tippytoeing past the foot of my bed in an exaggerated fashion. And as soon as I looked at it, it spun around to face me and quickly dove down towards the floor. Gone. And I was so naive at the time I actually told it it could stay!!

After this episode I began to have sleep paralysis attacks. I’d be sound asleep and sometime after midnight I’d be awakened to a feeling of someone tugging at me, as though they were trying to gain entry. I don’t know why I knew to do it, but I would think in my head “Go away in Jesus name!” and that would end it. 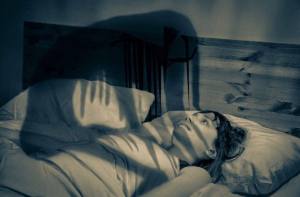 One night, after maybe the 3rd attack, I spent the entire night on the internet researching shadow people and in the morning began to nod off in my easy chair. Again, I could feel the pulling begin and an audible voice, in my right ear say, “Do you really think you can win?”

That was when I knew I was in a spiritual struggle for my very soul. That was when it dawned on my that I had been tricked, over and over, by demonic spirits from an early age.

Those glassy eyes the clown had? I’d seen them years before when an alleged dead friend came to visit me in a lucid dream. My so called friend Hal, whose hand I’d been holding when he died of cancer 2 weeks prior, told me that he was with Jesus. I found that interesting because Hal was Jewish and I didn’t think he had any relationship at all with Jesus. So it was curious to me that he’d say that and one of the reasons I always felt that Jesus wasn’t a fraud at all. But the deceptive part was that you didn’t have to know Him to wind up with Him.

So I never really worried about salvation as it is taught.

I can also tell you that everytime I set foot in a church I would cry. Tears would just well up in my eyes and I couldnt control it. It was embarrassing and I’d sit in the back and try not to be noticed.

The life I led before coming to Christ left me heavily heavily demonized. Probably cursed too. I have broken every Commandment. I will be frank about that because I owe it to Him. Alcoholism, drugs, lying, stealing, abortions, gambling, smoking, fornication, bitterness, unforgiveness… all of them.

I’m also learning as much as I can about deliverance so I can help people. I am very into deliverance and see the world in a whole new light. I am reading Gene Moody’s Deliverance Manual and Dr. Henry Wright “A More Excellent Way”.

(Laura’s note). I asked Kim when she actually came to Jesus, how did that happen exactly.
Looking back I don’t think I had a revelation of Jesus so much as I had a revelation of Hell. I always knew that Jesus was very special and I prayed to Him off and on throughout my life, asking Him to help me to become a better person, etc.
But now I was convicted of the reality of hell and I knew I was going there without The Lord to save me. The scales were off and the fight was on. We have this one life to get it right!
Stay on the narrow path! God bless you all.

Thanks Laura. Love your work. Be well. Kim Morgan.’

1 Response to Synchronicities, OBE, 444 Phenomenon and being Attacked by a Demon posing as a Clown – Kim Morgan’s Story.