Marcia Montenegro, an online friend of mine, is an author and founded Christian Answers for the New Age. She is also a former professional astrologer and former practitioner of meditation and various occult practices. Marcia kindly gave me permission to share her review below. (See this link to her website, CANA).

Christian Answers for the New Age

Many Christian reviews of the movie “Noah” by Aronofsky have made it clear that the film departs from the biblical text. Yes, there are extreme departures. But had this film been made by a Christian, I would be much more distressed by it and much more forceful in my response. I was surprised that a Jewish atheist filmmaker would include content from Genesis chapter one on creation, and the fact that man fell into temptation and sinned, thus leading to a world of depravity and wickedness in rebellion to the Creator. 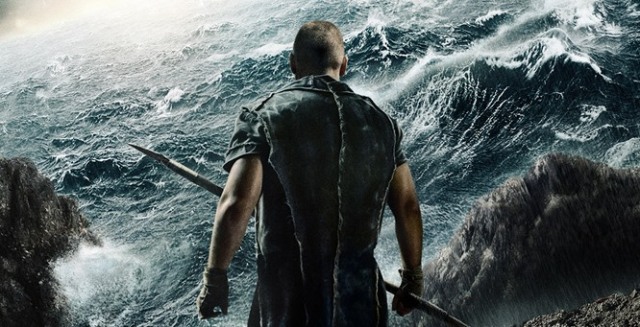 Some fallen angels, called Watchers, are imprisoned in stone as punishment for disobeying the Creator. This seems to be a vague reference perhaps to the Nephilim of Gen. 6 and to the Watchers in the book of Enoch, or a combination of them. They protect Noah and help him build the ark; certainly one may wonder why fallen angels are doing this. The answer is that it is a Kabbalah belief that fallen angels will one day be redeemed. They help Noah in order to go back to heaven, and later we see two of them ascending towards the heavens after bursting out of their rock shell. The basis for my view that Aronofsky drew from the Kabbalah is that he is Jewish and inserted some Kabbalistic beliefs into his movie “Pi.” (In online interviews, Aronofsky discusses how he came to learn some of the Kabbalah for “Pi”).

Noah comes to believe while on the ark that the Creator wants everyone destroyed. Noah realizes he himself has wickedness in him, and his family as well, and so he concludes they should not live, either. Creation would be better without man. This idea leads to Noah almost killing his twin granddaughters. Yet this idea is not presented as a good one, nor shown as coming from God, but more as a delusion held by Noah, or a product of his own thinking (we see earlier that Noah indicates God is not speaking to him, inferring he is left with his own thoughts). Noah later recants this belief and rejoices in the love of his family.

Tubal-Cain, a minor figure in the Bible, is shown as a villain representing the wicked who did not heed the Creator. He manages to get on the ark and hide there (this is not in the Bible). He voices the desires of men who do not want God’s will but rather their own, asserting that he is a man who can be like the Creator. He uses the phrase having dominion over the earth, which is stated in the Bible by God, but Tubal-Cain’s take on it is distorted and perverse, and is illustrated through his actions and character as one desiring a brutal and destructive rule over the earth (and other men).

As someone who believes the literal narrative of Noah and the Flood, I thought the fact that the ark was shown in the dimensions according to the biblical text was great. I also enjoyed the scene of the animals rushing toward the ark – it was quite a striking visual. The wickedness of humanity was depicted very intensely and made me think of what might happen during the Tribulation.

I did not see clear indications that the film is mostly Gnostic in nature. I saw the elements of Kabbalah in the idea of fallen angels being redeemed, and in the end when Noah talks about how mankind can build paradise again. These are both teachings from the Kabbalah. While the Kabbalah has strong Gnostic elements, it also has views quite different from the early Gnostic ideas. Neither Noah nor any other human character expresses the Gnostic belief that he or she is trapped in a body or is really a spirit creature. Only the fallen angels are in a state of being imprisoned on earth. Gnostics would not be interested in any paradise on earth or helping earth as Noah is; their goal is through secret teachings to get back to the remote gnostic god and once again be spirit beings.

The Creator in the Kabbalah is not the Demiurge of 2nd century Gnosticism, the evil lower god who created the material world. The gnostic view is that the material creation is evil, but in “Noah,” creation is seen as good but destroyed by man’s wickedness.

In the film, a snakeskin is a relic passed down from Methuselah to Noah. I believe it is presented as a reminder that man sinned and was expelled from paradise (which must be regained). Adam and Eve are shown as glowing in the Garden before they sinned, not because they are spirits, but I believe to represent their purity before the Fall (in the Kabbalah, Adam and Eve were able to contain the Creator’s light, which “leaked” out of them when they sinned). There is nothing in the film, as I recall, to indicate the early Gnostic views that Adam and Eve were once spirits, especially since the creation account is given at the beginning of the film (not in exact words of the Bible but as far as I could tell, pretty close – would need to hear it again to be more clear on this).

Additional storylines are inserted into the movie that are not related to the biblical account, and there is a strong pro-environmental theme throughout, though I did not see anything indicating nature worship. Noah and his family are shocked that the wicked hordes eat animals, but this in keeping with the fact that God’s command to eat the flesh of animals was not given until after the Flood (Gen. 9:2-3), apparently showing that part of man’s evil before the Flood involved killing and consuming animals (according to Aronofsky).

There is plenty in “Noah” to disturb those who know and believe the Genesis text. On the other hand, if you have seen this movie, there are several points of discussion for interaction with a non-Christian. One can offer to read together the biblical account and explain it, for example. In fact, right after the movie, the two friends I went with and myself had a cup of tea while one read the Noah story from Genesis on her phone via Bible Gateway.

The wickedness of man, depicted quite vividly in the film, is more fodder for discussion, leading to an explanation of the redemption offered through Christ. There are numerous references to the Creator. This movie is out there and people are seeing it, many of whom do not know the true account of Noah. So while I do not recommend the movie, I do recommend that if you are a Christian who has seen it, use it as a way to discuss the truth. If you know young Christians who have seen it, use it as a way to teach them the biblical text to correct the errors of the film.

For more reviews on Noah, see the below links.
Many thanks,
Laura Maxwell.

Speaker | Author | Radio Host. (Ex New Age Spiritualist). From her inside knowledge and experience as an ex new age spiritualist, Laura shares the truth and dangers of New Age, Witchcraft and the Occult, plus their Luciferian, Lucis Trust and UN links to the New World Order's global spiritual agenda. Laura graduated from Strathclyde University with a BA Honors degree in Psychology. She is the founder of international ministry A Spiritual Quest, based in Scotland. For her TV and radio shows, blog, publications, etc, see http://OurSpiritualQuest.com
View all posts by Laura Maxwell →
This entry was posted in Gnosticism, Kabbalah, Movie, The New Age and tagged CANA, Darren Aronofsky, Fallen Angels, Gnosticism, Kabbalah, Marcia Montenegro, Nephilim, Noah, paradise, Pi, The book of Enoch, The Flood, Tubal-Cain, Watchers. Bookmark the permalink.