To Love, Accept and Respect Others Instead of Judging Them.

Instead of Judging People, Let’s Love Them

‘Let us stop passing judgment on one another.’ Romans 14:13

You can work alongside and pray for someone who’s having an extramarital affair, without having one yourself. Remember, you were a sinner before you were saved by the grace of God, so act with humility and don’t fall into the trap of self-righteousness.
As Merv Rosell says, ‘When God forgives, He consigns the offense to everlasting forgetfulness,’ so show grace when you encounter somebody whose lifestyle makes you uncomfortable. Learn as much as possible about them and allow your interactions to dispel any preconceptions and prejudices.
See them as hurting individuals loved by God – people who need the same grace you received. When you love the unlovely, you’re just doing what God did for you. Just because somebody’s ‘different’, doesn’t mean you should dismiss them or consider them inferior. You don’t want to be judged or demeaned because of your colour, culture, or countenance, so don’t do it to others!
Because the Bible is clear about not emulating others in their sinful practices, we can be tempted to think we’re better than they are. That’s the sin of pride! Sometimes we think if we love and accept certain people, we’re condoning their sin.
No, the truth lies in remaining respectful and accepting others the way Jesus did. Whether it was racial differences (Samaritans), lifestyle differences (the five-times-divorced woman at the well), or class differences (Nicodemus), Jesus loved and accepted people as they were, while inspiring them to a higher standard.

When someone says, ‘I can’t help myself; it’s just the way I am,’ they are right, but only partially right! Researchers identified more than a hundred identical twins that had been separated at birth. They were raised in various cultures, religions, and locations. By comparing their similarities and their differences it became clear that as much as 70 per cent of their personality – was inherited.

Their DNA determined such qualities as creativity, wisdom, loving-kindness, vigour, longevity, intelligence, and even the joy of living. Consider the ‘Jim twins’ who were separated until they were thirty-nine years old. Both married women named Linda, owned dogs named Toy, suffered from migraine headaches, chain-smoked, liked beer, drove Chevys, and served as sheriff’s deputies. Their personalities and attitudes were virtual carbon copies.

What do these findings mean? Are we puppets on a string, playing out a predetermined course without free will or personal choices? Not at all. Unlike animals, we’re capable of rational thought and independent action. We don’t have to act on every sexual urge, for example, despite our genetic underpinnings. Heredity may nudge us in a particular direction, but our impulses can be brought under control.

This is where the new birth comes in. God gives you a new nature and the power to overcome your old one. Paul addresses it: ‘Do not let sin control the way you live, do not give in to sinful desires. Do not let any part of your body become an instrument of evil to serve sin. Instead, give yourselves completely to God, for you were dead, but now you have new life’ (vv. 12-13 NLT).

Above article Give Yourselves to God: ‘Do not let sin control the way you live.’ Romans 6:12 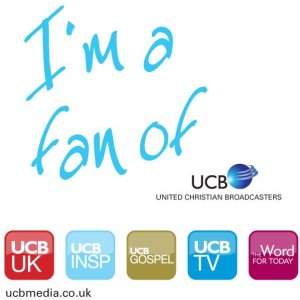 Disclaimer
Laura Maxwell does not necessarily agree with all the information and conclusions presented by friends, guest articles or other features on her blog or radio show!

Speaker | Author | Radio Host. (Ex New Age Spiritualist). From her inside knowledge and experience as an ex new age spiritualist, Laura shares the truth and dangers of New Age, Witchcraft and the Occult, plus their Luciferian, Lucis Trust and UN links to the New World Order's global spiritual agenda. Laura graduated from Strathclyde University with a BA Honors degree in Psychology. She is the founder of international ministry A Spiritual Quest, based in Scotland. For her TV and radio shows, blog, publications, etc, see http://OurSpiritualQuest.com
View all posts by Laura Maxwell, BA (Hons). →
This entry was posted in Apologetics, Church Issues and tagged Bible readings, Bob Gass, Daily Bible Reading, Devotional, The Word For Today, UCB. Bookmark the permalink.